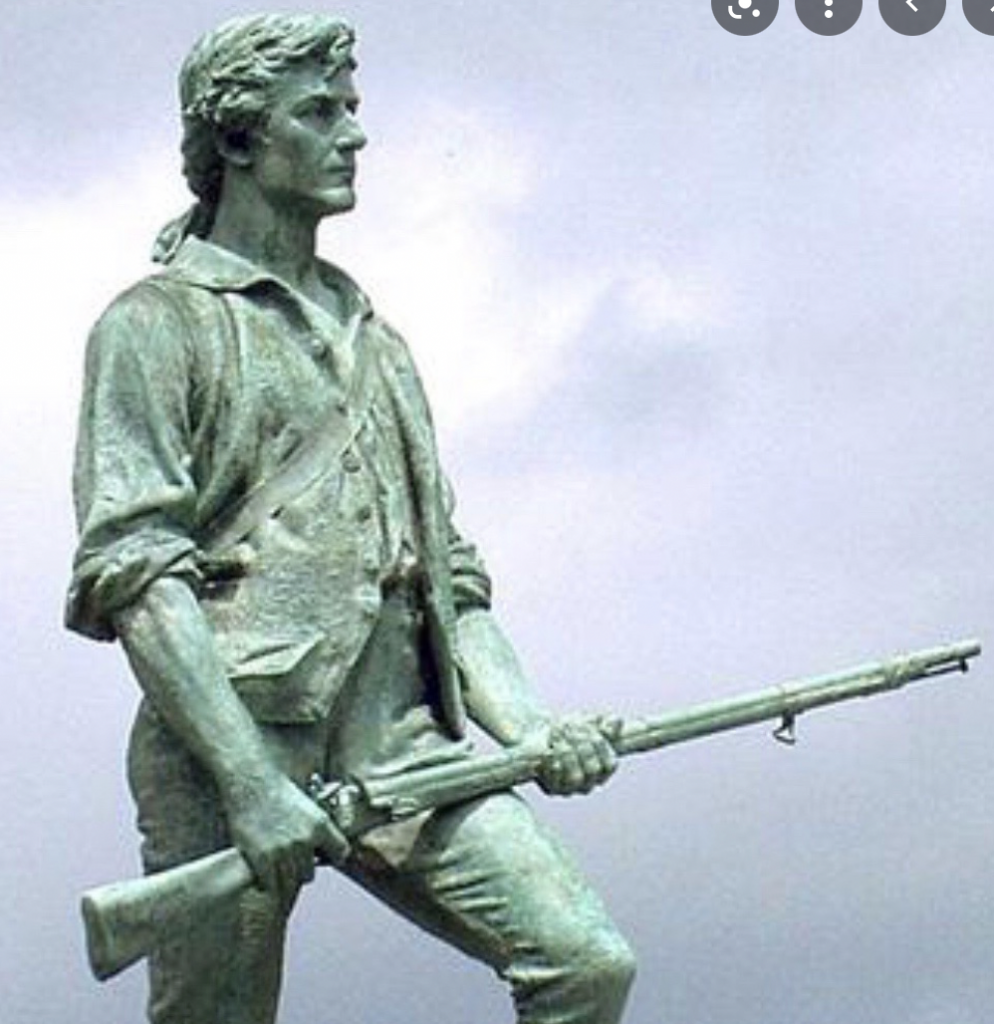 Today, the Army and Air Force National Guard are often called out by either the state’s governor or the President of the U.S. to help in domestic emergencies. The recall can be for a natural disaster created by a hurricane, wildfire, earthquake, etc. or to help quell a riot.

The origins of this power came from President George Washington’s first State of the Union address on January 8th, 1790 as required by Article II, Section 3 of the Constitution. In it, he said, “To be prepared for war is one of the most effectual means of preserving peace. A free people ought not only to be armed, but disciplined; to which end a uniform and well-digested plan is requisite; and their safety and interest require that they should promote such manufactories as tend to render them independent of others for essential, particularly military, supplies. The proper establishment of the troops which may be deemed indispensable will be entitled to mature consideration…”

At the time, the First Congress was busy creating the departments in administrative branch of the government as authorized by the Constitution. Little thought was given on how to implement Washington’s vision.

At the end of the Revolutionary War, the Continental Army’s arms were turned over to the individual states who were supposed to maintain a “well trained militia.” For the most part, they didn’t.

In 1791, the president ordered a 1,400-man U.S. force made up of the First American Regiment plus men from several state militias to put down a rebellion by the Native Americans in the Northwest Territories (Indiana, Illinois, Michigan, Minnesota, Ohio, Wisconsin,). At the Battle of the Wabash River on November 4th, 1791, 918 of the men were killed, 276 were wounded.

If this fiasco wasn’t enough, the Whiskey Rebellion (see blog post – https://marcliebman.com/whiskey-tax-leads-to-rebellion/) was gathering steam. Both Native American resistance and tax protesters were direct threats to the authority of the new Federal government.

The Second Congress took action and passed the Militia Act of 1792 which had a term of only two years. At the time, the Founding Fathers did not want to create a large standing Army or Navy for fear its very being could be used to embroil the U.S. into military alliances or worse, a foreign war.

The Militia Act of 1792 is really two acts, passed six days apart. The first act of the act clarifies presidential power to by limiting it to three conditions – the president can call up the militia to counter invasions, insurrections/riots, or when the laws of the United States were opposed by “combinations too powerful to be suppressed by the ordinary course of judicial proceedings.”

The second act regulates how the militia will be structured and operate and gives the president the power to order uniform conscription of military age males.

The Militia Act of 1792 was modified by the Militia Act of 1795 which removed the time limit of the earlier law. What was not resolved was who had control of the individual state militias, the governor of the state or the President of the United States. During the War of 1812, the Governor of Vermont tried to recall his state militia which was called to help defend Plattsburgh, NY which was being attacked by the British. He argued that his militia could not operate outside Vermont. During the same war, members of the New York State militia refused to support the U.S. Army’s invasion of Canada, stating their only responsibility was to defend their home state.

In the two Militia Acts of 1792, the seeds of many later presidential and congressional actions were laid. Stay tuned…. Some of these will be covered in a future post.

Image is of a U.S. Citizen Soldier who will always respond to a call to arms to defend our nation.

Posted in Blog, U.S. Politics and tagged The Militia Act of 1792 formally establishes the role of the Citizen Soldier's role in the U.S. military