The Three Careers of Marc Liebman 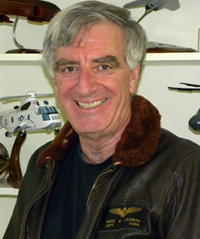 Marc began his Naval career when he was commissioned as an ensign in the U.S. Navy in June 1968.  He was designated a Naval Aviator in July 1969.  During his active duty career, he made deployments to Vietnam, the Mediterranean as well as to the Persian Gulf, Norwegian and Black Seas.  He is a combat veteran of Vietnam and Desert Shield/Storm and flew helicopters on combat search and rescue, special operations missions, anti-submarine warfare and logistics support missions.

During his career, Marc worked with the armed forces of Australia, Canada, Japan, Thailand, Republic of Korea, the Philippines and the U.K.  In 1991, he was recalled for Desert Shield and Desert Storm and during that conflict, was responsibility for the operational tasking and employment of 140 helicopters from 14 nations as well as special operations forces assigned to the Persian Gulf Battle Force. 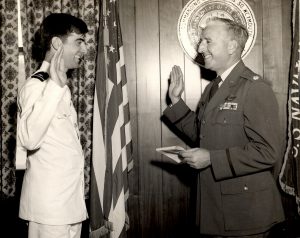 Marc had four commanding officer tours and retired as a Captain after twenty-six years in the Navy.  He has just under 5,000 hours of pilot-in-command/co-pilot flight time in a variety of tactical military and civilian fixed and rotary wing aircraft.

As a reservist, Marc spent more than the required one weekend a month and two weeks a year.  On average, he spent more than 100 days on active duty primarily in the Far East.  Yet, he maintained a professional career in the civilian world and is truly a citizen sailor. 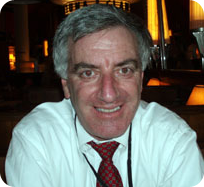 In the business world, Marc has been a partner in two different consulting firms; the CEO of an aerospace and defense manufacturing company; an associate editor of a national magazine; the director of advertising and marketing communications for a general aviation aircraft manufacturer; a corporate pilot and the founder of an advertising/marketing communications agency.

Before he retired in June 2015, he was a corporate senior vice president for a 27,500 person business process outsourcing services provider headquartered in Mumbai, India.  He ran the internal consulting practice, helped the global sales force close deals and led special projects for the CEO. 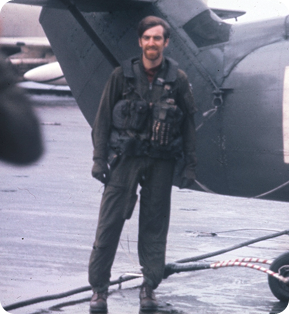 Marc has authored 10 novels, the most recent one is Carronade which was released in August 2021. This is the second novel in his Age of Sail Series which features two main characters, Jaco Jacinto, a Continental Navy officer and Darren Smythe, an officer in the Royal Navy. And, there are more books coming!

The last book in the Josh Haman series, The Simushir Island Incident was released in November 2020. It too shot up the charts and by the end of 2020 was an Amazon #1 Best Seller. The seven book series includes two Amazon #1 Best Sellers - Big Mother 40 and The Simushir Island Incident - one book Inner Look that reached #12 and one, Forgotten - that won two national awards.  By June 2013 Big Mother 40 was ranked #48 in Amazon.com’s list of top 100 war novels. All seven have garnered 5 Star Ratings from Reader's Favorites. His first book – Big Mother 40 – was released in September 2013.

As the plot twists and turns in each novel, the reader meets interesting characters on both sides of the story.  Historical events that take place during the timeline affect the tale.  Each book has events from Marc’s family’s rich history, his experience in the Navy and career in the business world 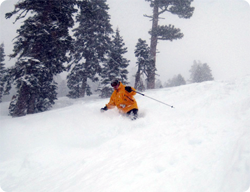 The Liebmans have two children – Michele who lives in the Dallas area and Seth who lives in Tehachapi, CA.  Marc lives in North Texas with his wife of 52+ years and dogs and spends a lot of time visiting their grandchildren.

Taken in February 2022 at Crested Butte on their racing trail used for slalom races. The video, taken early in the day, doesn’t show how steep this trail really is.

Photo taken about one quarter the way down International at Crested Butte. The trail is really, really steep and in many places, off camber.