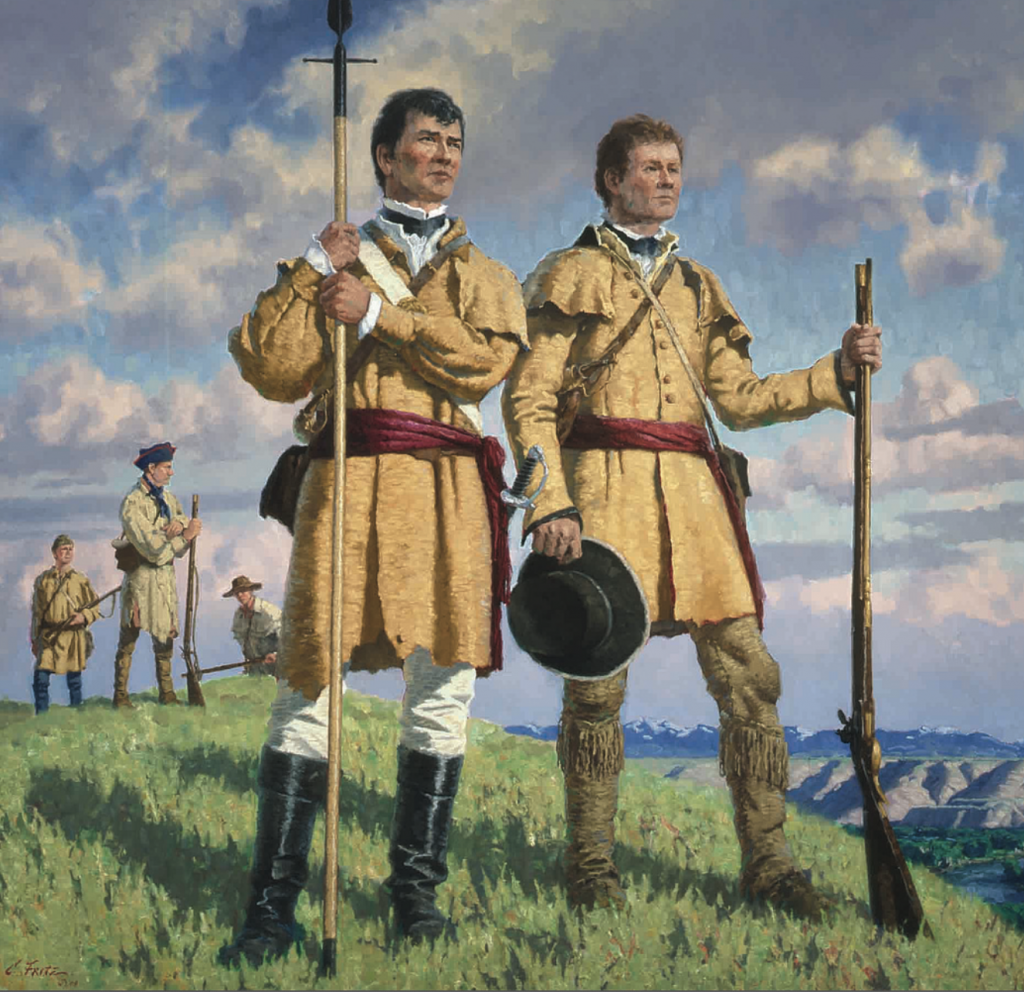 History books tell us that when Meriwether Lewis and William Clark pushed their boats into the Missouri River on May 14th, 1804, their mission was to find a river route to the Pacific as well as map the land; note the different types of fauna; and make friends with the locals we call Native Americans along the way.

The British, as part of the 1783 Treaty of Paris, gave the new United States all their turf south of Canada, east of the Mississippi and north of Florida. It was a large chunk of land that represents about 40 percent of the lower 48 states.

Sending an expedition from the Mississippi to the West coast was not a new idea. Jefferson wanted an expedition of this sort as far back as the 1750s when he was a little boy. Now, as Secretary of State and later President, he could pursue his dream.

The first plan to explore the continent was proposed by General George Rogers Clark who in a letter to Jefferson expressed his fears that the British “have thoughts on colonizing that area…” When Clark wrote that letter in 1784, “that area” was owned by Spain whose claims were vague by modern standards.

Another was suggested by John Paul Jones who was living in France. He warned Jefferson, who was now the minister to France that the French were preparing an expedition under Jean-Francois de Galaup, the Comte de la Pérouse, to establish trading posts and colonize the west coast of North America.

Jones’ intelligence was accurate. Pérouse sailed around the tip of South America and up the West Coast of North America. Along the way, he charted locations for future French colonies and set sail across the Pacific and home. Pérouse reached Australia and after leaving Botany Bay, never returned to France. Forty years later, the wrecks of his ships were found in the New Hebrides, way off course.

Back in the U.S., Secretary of War Henry Knox tried to launch a secret mission with just a few soldiers to reconnoiter the Missouri River. The governor of the Northwest Territory, Arthur St. Clair, told Knox in a letter, “It is, sir, I believe at present altogether impracticable.”

Nonetheless, Lieutenant John Armstrong set off down the Ohio River in 1790. He never made it to the Mississippi and wrote back to Knox, “This is a business much easier planned than executed.”

The most interesting effort was John Ledyard’s who set forth from Moscow of all places. Ledyard, who had sailed with Captain Cook believed one could traverse Siberia, cross the Bering Strait, and walk down the West Coast of North America. In February 1788, Ledyard made it to Yakutsk on the Lena River in Eastern Siberia where he was arrested on orders of Catherine the Great and sent back to Poland.

Jefferson was undaunted. He authorized Robert Gray, a sea captain to sail up the West Coast of North America. Gray met with Captain George Vancouver, Royal Navy, and the two exchanged information. With the information Gray collected, and that which he received from Vancouver and from the notes left by Cook, Jefferson now knew the latitude and longitude of where the mouth of the Columbia River was located. Equally important, Jefferson now knew that the North American continent was about 3,000 miles wide.

The origins of what became the Lewis and Clark Voyage of Discovery can be found in a letter dated April 30th, 1793, more than 11 years before Lewis and Clark set out. In the letter, which had the support of George Washington and Alexander Hamilton, Jefferson wrote to a French Botanist André Michaux, the man he wanted to lead the mission.

Jefferson wrote, “Find the shortest and most convenient route of communication between the U.S. and the Pacific ocean within the temperate latitudes…. It has therefore been declared as a fundamental object of the subscription that his river should be considered and explored.”

Learning of the letter, Meriwether Lewis, who was 18 at the time, volunteered to lead the expedition. He was viewed as too young and told no.

When Jefferson as the Secretary of State wrote his 1793 letter, he was referring to the Missouri River. So when France offered the land known as Louisiana in 1803, President Jefferson couldn’t buy it fast enough.

Posted in Blog, Social and Economic and tagged Lewis and Clark on the Missouri River