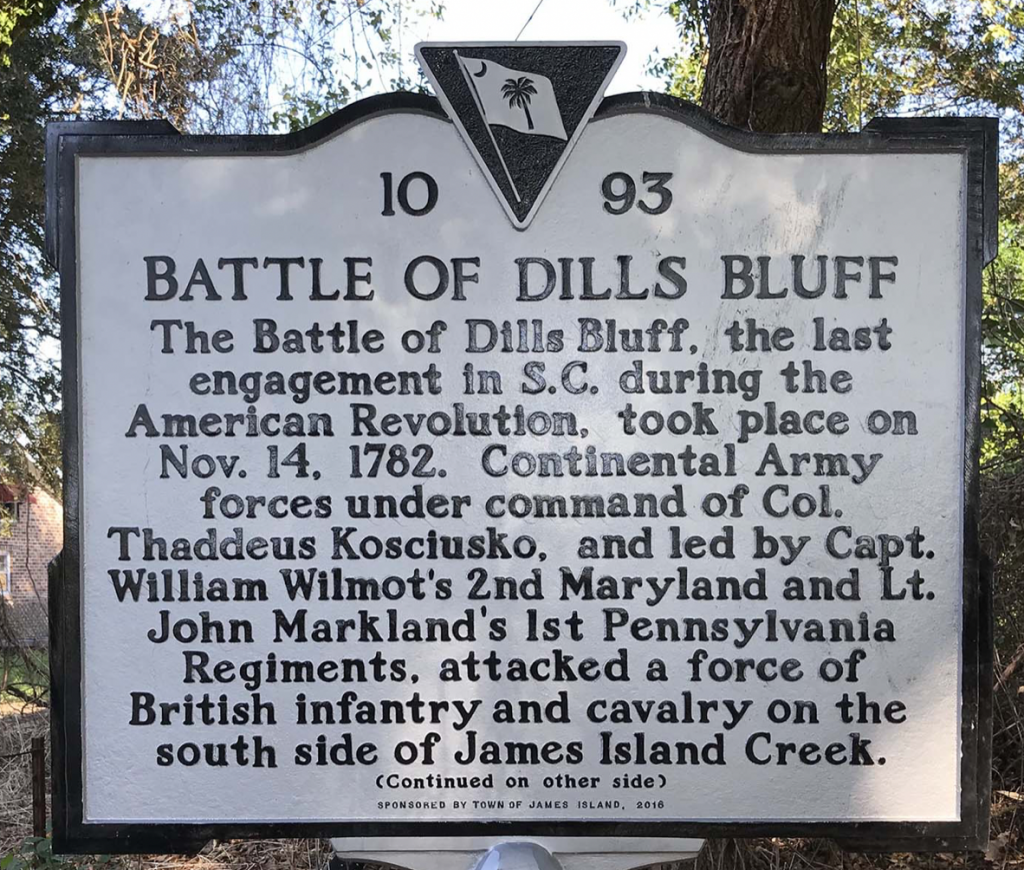 In the aftermath of Lord Cornwallis’ surrender at Yorktown, General Sir Henry Clinton, the commander of British forces in North America was recalled to England, His replacement was General Guy Carleton, the Royal Governor of Quebec, was sent to New York in late 1781. In mid-1782, Carleton received secret orders to prepare for evacuation. His orders were vague in that they gave neither the time nor date to bring British forces and their supporters out of the war zone.

For the British Army in the Carolinas this was welcome news. General Alexander Leslie, now the commander of the British Army, mercenary and Loyalist units in South Carolina were holding their own but were pulling back to Charleston so they would not be trapped a la Cornwallis.

Opposing him were Continental Army units commanded by General Nathaniel Greene, Colonel Harry “Light Horse” Lee and General Anthony Wayne and many guerilla units that had been harassing the British Army since Charleston had been captured.

With his troops deployed around Charleston, General Leslie wrote to General Greene in the early summer of 1782 proposing that they agree to a ceasefire. Greene responded by saying he didn’t have the authority from the Continental Congress to make such a deal. Greene’s army was way too small to defeat the British in a major battle so he maintained patrols that prevented the British from foraging for food.

In Georgia, where Loyalist sympathies were the strongest among the southern colonies, the British were also under pressure from militia and guerilla units. On July 11th, 1782, the last British soldier left Savannah. Some marched to Florida, others left by ship.

Charleston was still in British hands. With his supplies almost exhausted, General Leslie wrote another letter to General Greene asking that his men be allowed into the countryside to purchase food and firewood. Greene refused because he knew that eventually he could starve the British into surrendering.

There were many skirmishes between British foraging parties and Greene’s men. Whatever supplies Leslie’s men could find was not nearly enough to sustain his army.

In the Battle of Combahee River on August 27th, 1782, John Laurens, the eldest son of Henry Laurens was killed. The elder Laurens was instrumental in getting peace talks started when he was incarcerated in the Tower of London. (see blog post – The Rocky Road to Peace – https://marcliebman.com/the-rocky-road-to-peace-talks/)

On November 14th, 1782, 80 Continental Army soldiers under Thaddeus Kosciusko attempted to stop a British Army patrol out to cut wood on James Island. The British were prepared and immediately sent 300 men to defeat the Americans. Kosciusko and his men were forced to pull back. Unfortunately, three Americans, one – William Smith – a freed slave died that day in what is known as the Battle of Dills Bluff and became the last battlefield casualties of the American Revolution.

The November 14th scrap is also significant because on that day, the British began to leave Charleston. General Leslie sent word to General Greene that if he doesn’t allow the British to evacuate peacefully, he will burn the city to the ground. Greene, not trusting the British, moved his troops closer to Charleston so they could watch the British depart.

The Royal Navy sent 130 ships and according to British records, 14,307 people – 5,000 British Army and Loyalist soldiers, Hessian mercenaries, 3,974 white men, women and children and 5,333 people of African descent – were evacuated. The last British ship left Charleston on December 14th, 1782 a day that for decades was celebrated as Victory Day in the South Carolina city.