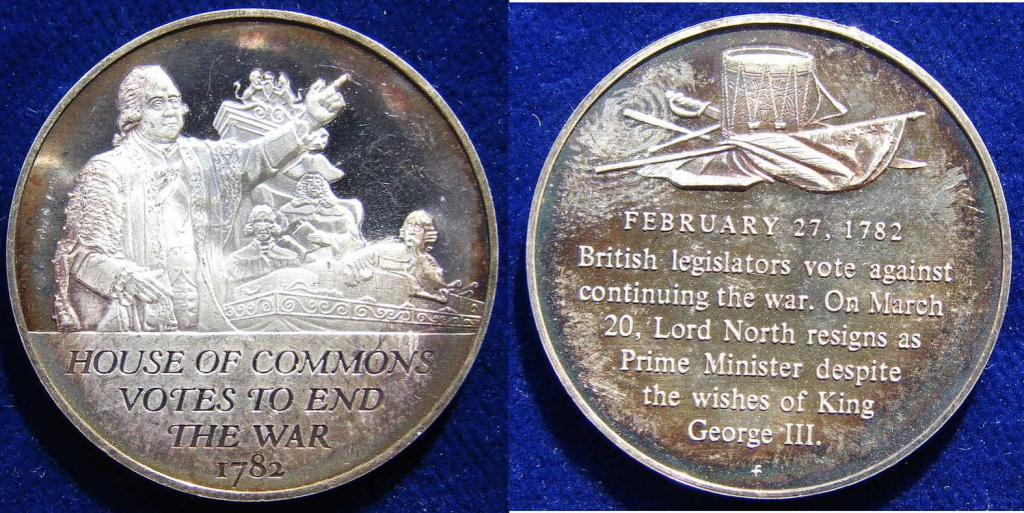 As the American Revolution dragged on, it became more and more unpopular in England. And yet, despite significant defeats – Princeton, Saratoga, and Guilford Court House, England’s prime minister, Lord North refused to grant what the Colonists wanted, which was full independence from England.

Lord North, the prime minister, and Lord German, the Secretary of State for the American Department, had convinced King George III that the British will win. Today, we would call them hawks.

Lord North refused to accept that the British position in North America was untenable and that the war was unwinnable. They still thought they could defeat a determined, if under-equipped, under-armed, underfunded but well-led and highly motivated army that now had French support.

So the question is why? First, the combined French and Continental Army failed to take Newport, Rhode Island. This defeat gave Clinton and Cornwallis confidence they could defeat the colonists and their French Allies.

Second, victories in Rhode Island and other battles such as Camden, gave North’s generals – Clinton and Cornwallis – confidence that the British Army could prevail and asked for 30,000 more soldiers in 1780.

Third, in India, which the British government deemed more valuable than North America, the British and their Indian allies captured French colonies on the sub-continent.

Fourth, the combined French and Spanish armies and navies had no success in their siege of Gibraltar which began in June of 1779.

On the other hand, the war was getting more and more unpopular by the day. The opposition in Parliament led by Lords Shelbourne and Rockingham was growing. Yet, North and Germain were able to increase their majority in Parliament in 1780.

Yet the opposition kept growing as Parliament raised more taxes to fund the war in North America. Editorials began to question why Englishmen from England are fighting Englishmen in North America who wanted the same rights and privileges they enjoyed.

It took the defeat at Yorktown, where the bulk of the British Army in North America surrendered to the combined French and Continental Armies to convince North that the war against the colonists was probably unwinnable. While Cornwallis surrender in Yorktown occurred in October 1781, the North government did not fall until March 1782. The vote of no-confidence forced North to go to King George III and tell him that a new government would be formed and it would seek an end to the war.

Lord Rockingham’s government fell when Rockingham died suddenly from the flu in June 1782. Lord Shelburne formed a new government and continued negotiations with the Americans. He faced defections from his party and several votes of no confidence when it was revealed that he favored of giving the American colonies full independence. To many in Parliament, not having the new country as a member of the British empire was unthinkable.

Shelburne managed to survive but faced an opposition buoyed by two events. First, the Royal Navy’s decisive defeat at the Battle of the Saintes in August 1782 ensured that all the British Colonies in the Caribbean would stay English and keep most of those it took from the French.

Second, the French, after their defeat in the Battle of the Saintes, opened negotiations with the British to end their war. The French did not inform their American allies of this decision.

Cornwallis surrendered in October 1781. The Treaty of Paris that gave the U.S. its independence wasn’t signed until September 1783. Four governments – North, Rockingham, Shelburne, and Portland – rose and fell. When the Duke of Portland formed his government, Lord North was his Secretary of State for the Home Department and did his level best to disrupt the negotiations.

Why? Because North still believed that the Thirteen Colonies should remain British. Nevertheless, Lord Portland, with King George III’s reluctant permission, authorized his representatives to sign the Treaty of Paris.

Photo is of both sides of a silver medal commemorating the fall of the North government.

Posted in Blog, Geopolitics and tagged commemorative coin on the fall of the North Government