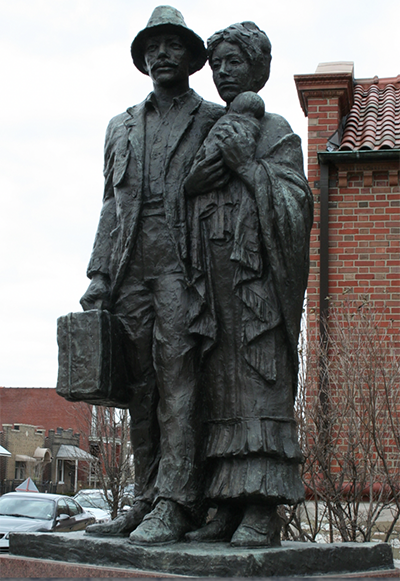 Estimates, Since we do not have an accurate count, the estimate was that about 60,000 immigrants were arriving in the U.S. every year. So, emigrants don’t account for the 30%+ growth rate. So where did it come from? Where did everyone live?

A major cause in the increase was the birth rate. In the late 1700s and early 1800s, it was not uncommon for families to have six, seven or more children. Child mortality rates were high so having many children provided assurance that the family would continue. However, advances in medicine, sanitation, housing, etc. albeit primitive by 2022 standards in the late 18th and early 19th Century reduced mortality rates and fewer children died before they reached adulthood.

More children living longer created larger extended families. And, to use the mathematical term, the growth was exponential.

Great Britain also restricted emigration between 1800 and 1820 because it was locked into a life and death struggle with France. This prevented English citizens from coming to their former colony. Famine and poverty in Ireland drove many to leave the Emerald Isle. The Napoleonic Wars limited shipping to carry passengers, but there were other pressures on citizens all over Europe that encouraged emigration to the United States.

One was the Industrial Revolution. Farmers were being displaced all over Europe and in the U.S., we had plenty of land to farm. The Louisiana Purchase doubled the size of the U.S. With the stroke of the pen, the United States went from 891,000 to 1.8 million square miles.

In the early part of the 19th Century, New York continued to establish itself as the center for finance, publishing, and manufacturing. The agricultural states in the south, were dropping down the list and by 1840, Virginia had dropped to number four and North Carolina wasn’t even in the top five, It had been edged out by Tennessee as number five.

This disparity would continue to grow. The size and composition of the House of Representatives changed as new states were added and some states delegations increased. Forty years later during the American Civil War, the result of the Industrial Revolution and population shift became apparent. The South suffered from a lack of manufacturing facilities to build weapons and a lack of manpower.

When one looks at the growth rates, the percentage increase in the U.S. population between each census was the greatest in our history. Between 1790 to 1840, the U.S. population grew four-fold which is twice what it was in the late 19th Century when we became known as the land of opportunity where the streets were paved with gold.