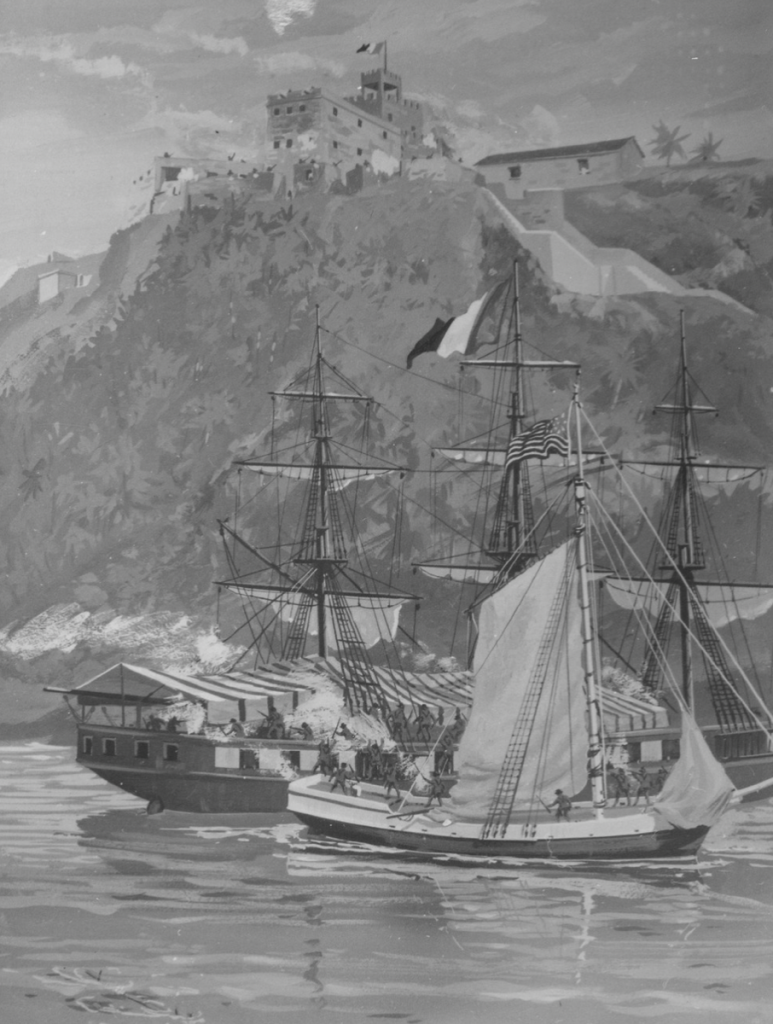 By 1794 the War of the First Coalition was well underway in Europe. The French claimed that the Franco-American 1778 Treaty of Alliance and Friendship committed the U.S. to protect French shipping in the Caribbean (it did) and side with France in any future wars (it did not).

French leaders believed that the 1794 Jay Treaty between the U.S. and England which clarified some of the terms of the Treaty of Paris and facilitated an expanded commercial relationship with England violated of the 1778 Franco-American Treaty of Commerce. However, French diplomats conveniently ignored France’s egregious violations of the Treaty of Friendship and Alliance when they signed the Treaty of Aranjuez with Spain that violated several codicils of the 1778 Treaty of Friendship and Alliance. Or, that they began negotiations with the British behind our backs in violation of the same treaty.

France’s irritation increased when the U.S. stopped repaying the loans from the Revolutionary War. U.S. leaders contended that the governing entity (Louis XVI and the French monarchy) was no longer in power and was replaced by the First French Republic.

U.S. leaders were determined not to get involved in a European war and protect our commercial interests. Exports to England were increasing rapidly and by 1800, they’d tripled over what they were in 1775!

War became inevitable when in 1798, the French government ordered its navy to seize U.S. ships and issued letters of marque to privateers based in the Caribbean. When diplomatic efforts failed and Jefferson and his Democratic-Republicans leak of classified correspondence about the negotiations backfired in the XYZ Affair (see blog post – L’Affaire XYZ – https://marcliebman.com/laffaire-de-xyz/), Congress authorized military action against the French on July 7th, 1798.

Adams problem was that the Navy was in its infancy. New ships were being built, equipped and men trained, but there weren’t nearly enough to do the job. He turned to an unlikely source, the U.S. Revenue Cutter Service. Initially created in 1790 at the behest of Treasury Secretary Alexander Hamilton to enforce U.S. customs laws, Adams ordered the Revenue Cutter Service to support the U.S. Navy in its actions against the French.

By the end of the Quasi War, some estimates claim French privateers took 2,000 U.S. vessels of all sizes. While there was not much actual fighting, the U.S. Navy and the Revenue Cutter Service now known as the U.S. Coast Guard, acquitted themselves quite well. They captured 118 French privateers, one frigate, two corvettes and one brig from the French Navy.

More importantly, Edward Preble, Stephen Decatur, William Bainbridge, Thomas Truxtun, and many other officers who would distinguish themselves during the War Against the Barbary Pirates and the War of 1812 gained valuable experience.

By 1800, Napoleon came to his senses and agreed to the Treaty of Convention which ended the Quasi War and formally terminated both 1778 treaties – the Treaty of Commerce and the Treaty of Friendship and Alliance. The agreement ensured that the U.S. would remain neutral during the Napoleonic Wars. In fact, the U.S. stayed out of European Wars until 1917.

Sketch is of U.S. Marines capturing a French privateer during the Quasi War. Image is courtesy of the U.S. National Archives.

Posted in Blog, Navy and tagged The U.S. Navy's war was fought against the French