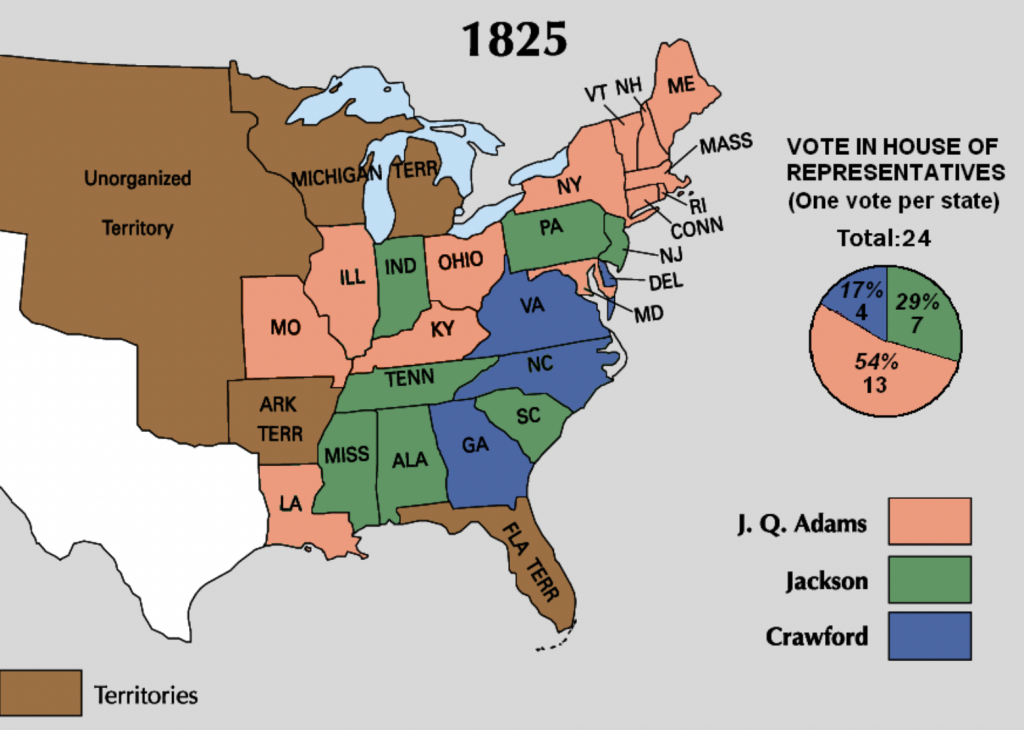 When Americans vote in a presidential election, we chose the both the president and the vice president with one selection. It wasn’t always that way.

Later in the same section the Constitution reads:

In every case, after the choice of the president, the person having the greatest number of votes of the electors shall be the vice president.

The electors referred to in this section are the men casting the ballots as part of the Electoral College. Each state had one electoral vote for each senator and one for each representative.

Our Founding Fathers quickly learned that having a president who had one philosophy and a vice president with a different one was unworkable. This flaw became readily apparent during John Adams presidency. His vice president, Thomas Jefferson, spent most of his four years trying to undermine his boss.

For the ambitious Jefferson, his efforts paid off when he narrowly defeated Adams in the election in 1800. In the early days of our country, there were often five or six men running for the presidency. The votes in were close. Adams, for example, had one more vote than he needed for an electoral majority.

Our Founding Fathers feared politically maneuvering by members of the Electoral College (Senators and Representatives) who would “sell” their vote, make alliances to gain a majority, or abstain from voting. These actions would negate the “will of the people.”

Weeks after Jefferson won election, the process of amending to the Constitution began. Article V – Mode of Amendment – clearly lays out the process.

The debate between Federalists and Democratic-Republicans in the U.S. Congress was heated. Some advocated eliminating the position of the vice president. Others wanted to limit the number of presidential candidates.

Two states – Delaware and Connecticut – refused to ratify what became the Twelfth Amendment, but since it was ratified by the majority of states, it was now the law of the land. It passed in time for the election of 1804 and has governed every election since.

Second, if no candidate has a majority of electoral votes, the House of Representatives shall choose the president.

Third, and this is an oddity, electors cannot cast both their votes – one for president and one for vice president – for citizens who reside in their state. In other words, one vote, either for president or vice president, must be cast for someone who lives outside the voter’s home state boundaries.

The election of 1824 is the only time the election went to the house. Neither Andrew Jackson (99 votes), nor John Quincy Adams (84 votes), nor William Crawford (41 votes), nor Henry Clay (37 votes) had the 131 electoral votes needed for a majority.

As per the Twelfth Amendments, the election went to the House. Crawford was not seriously considered viable due to his poor health and Clay was eliminated because he had the fewest votes.

Jackson, who had won a plurality of the popular and electoral expected to win. He didn’t. Thirteen states voted for Adams who agreed to appoint Henry Clay as his Secretary of State; seven voted for Jackson; and four voted for Crawford.

The Jackson camp cried foul, but the election stood.

Image is the electoral college map from the 1824 Presidential election.