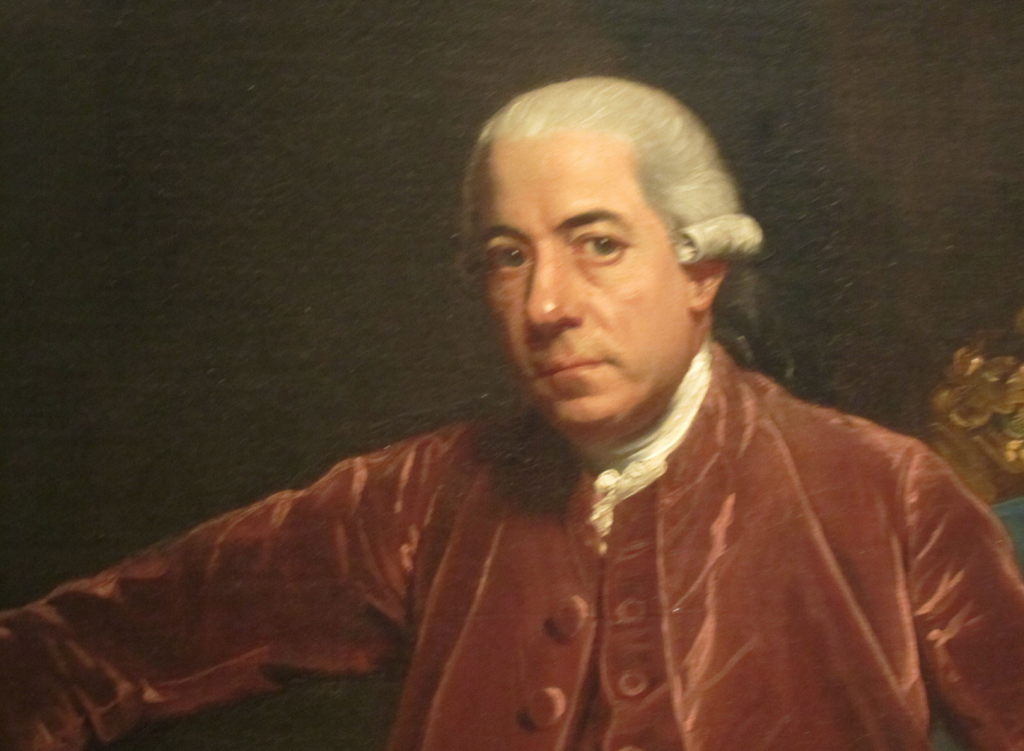 Little did anyone on either H.M.S. Vestal or the Continental Navy packet Mercury know that the capture of the packet in December 1779 would help set the stage for peace negotiations. By chance, the papers Henry Laurens tossed over the side were picked up by the British. Among the papers was a draft of a treaty negotiated by Laurens in which the Dutch would recognized the Thirteen Colonies as an independent country and loan us money.

When he was captured, Laurens was enroute to the Netherlands to be our ambassador. Now that they knew about the treaty, British declared war on the Dutch (starting the Fourth Anglo-Dutch War).

Laurens was imprisoned in the Tower of London as a traitor and his  former business partner, Richard Oswald, lobbied for Laurens’ release. Before the war, Oswald and Laurens owned the largest slave trading firm in the Thirteen Colonies and England and the profits made both extremely wealthy.

While Laurens was being held in ‘the Tower,’ Oswald frequently visited him Laurens was released in December 1781 in exchange for Lord Cornwallis. Before he left for Amsterdam, Laurens stayed at Oswald’s house in London and was introduced to Lord Shelburne whom Oswald knew well. These discussions well before the official peace talks began in April 1782 laid the groundwork for what ultimately became the Treaty of Paris.

However, nothing official could occur while Lord North was in power. When North’s government finally fell in March 1782, Shelburne preferred to let Lord Rockingham become prime minister and joined the government with Charles Fox, a man he hated. Fox was one of the strongest supporters of American independence and on several occasions, appeared in parliament dressed as George Washington.

Lord Rockingham died suddenly in July 1782 and King George was forced to ask Lord Shelburne, a man he disliked intensely, to form a government. Shelburne did and immediately fired Fox who joined forces Lord North in the loyal opposition. The Fox/North alliance caused problems for Lord Shelburne’s government as it tried to negotiate the British out of a war they were losing.

Fox was replaced by Oswald who became the principal negotiator for the British. Laurens joined the American team of John Jay, Benjamin Franklin and John Adams.

One would think that negotiations would be easy. They weren’t because any peace treaty had to unravel a web of alliances, i.e. the treaties between the U.S. and France, the U.S. and Spain, France and Spain, and the U.S. and the Dutch.

Early on, Lord Shelburne agreed to full independence for the Thirteen Colonies who were now calling themselves the United States of America. However, Spain balked because King Carlos III realized that time was running out on his country’s goal of retaking Gibraltar, a.k.a. “The Rock.”

Lost in 1705 to the British, recapturing Gibraltar was the  primary reason Spain entered the war on our side in the spring of 1779. With French help, Spanish forces began a siege of Gibraltar in June 1779. Heavily outnumbered, the British held on.

With peace negotiations underway, the Spanish launched another series of attacks, hoping to either capture the fortress or cause the British to acquiesce to giving Gibraltar back to Spain. Neither happened.

The French and Spanish gave up in February 1783 paving the way for peace between England and Spain, England and France and most important, England and the new United States of America.

Posted in Blog, Geopolitics and tagged An American slave trader and his British partner set the stage for negotiations to end the Revolutionary War