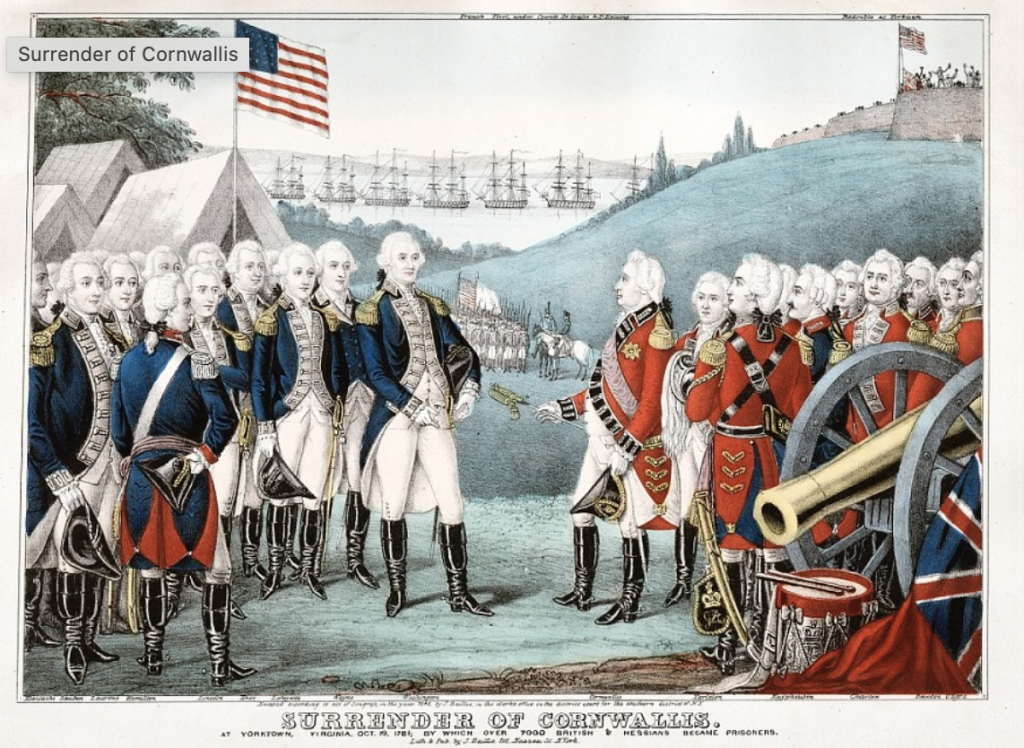 By the end of 1780, in the halls of the British government the realization that the regional conflict in North America had expanded into a global war had sunk in. England was losing and losing bad. Any optimism that the rebels would fold in 1776 at the first sight of British steel had long dissipated.

Burgoyne had surrendered in the fall of 1777 and by the end of 1778, arch enemies France, Spain and The Netherlands were now openly helping the rebels. In the Caribbean, the French have taken the British controlled Dominica and Grenada. Gibraltar had been under siege since 1779 and was in danger of falling to the combined French and Spanish forces. In India, the French and their Indian allies on the sub-continent were threatening British rule near Madras (now known as Chennai).

At sea, the vaunted Royal Navy was stretched so thin that it couldn’t effectively blockade the North American coast nor protect English colonies. American privateers and the Continental Navy were taking British merchant ships at an alarming rate which meant there were not enough ships to keep British garrisons in the Caribbean, India and North America reinforced and properly supplied.

Members of the Loyal Opposition were questioning the financial cost as well as the cost in English lives. They also began to demand Lord North set an “end date” for the war. Nonetheless, King George III, his minister for North America, Lord Germain and his prime minister, Lord North, were adamant that they wanted to continue the fight against the “rebels” despite the other threats to the British Empire.

By the end of 1780, all Britain controlled was the areas around New York City, Charleston and Savannah. The British Commander in North American, Sir Henry Clinton was telling Germain, North and Parliament that he didn’t have enough men and supplies. He wanted another 30,000 men just to defeat Washington’s Continental Army. Gaining control of the countryside, would require many thousands more.

Even though the British generals in North America shared their pessimistic views of the chances of retaining North America, Clinton repeatedly asked for reinforcements. The denials came with requests for plans, timelines and demands for results, i.e., victory Clinton knew were impossible to meet. Military decisions were being made by politicians in a Parliament 3,000 miles from the battlefields and six to eight weeks away by letter.

Documents from the era show that that while Clinton wasn’t sugarcoating his situation, he also wasn’t completely candid. They also show that neither Lord North nor Lord Germain understood the challenges Clinton faced. They were more focused on maintaining their majority in Parliament.

It was not until Cornwallis surrendered at Yorktown did Lords Germain and North accept the reality that the British had no chance of retaining the American colonies. Even then, King George III held out hope until Lord North, and his successors Lords Rockingham and Shelburne convinced him that it was time to admit defeat and negotiate.

When one reads about how British leaders acted during the American Revolution, the parallels to the American experiences in Vietnam and Afghanistan become readily apparent. One would think that U.S. leaders would look at the British experience during the American Revolution and apply those lessons learned before they committed the U.S. to fighting a guerilla war in a land with a hostile population. If they had, we may have avoided the fiascos called Vietnam and Afghanistan.

Image is the British Army surrender at Yorktown, courtesy of the National Museum of American History.