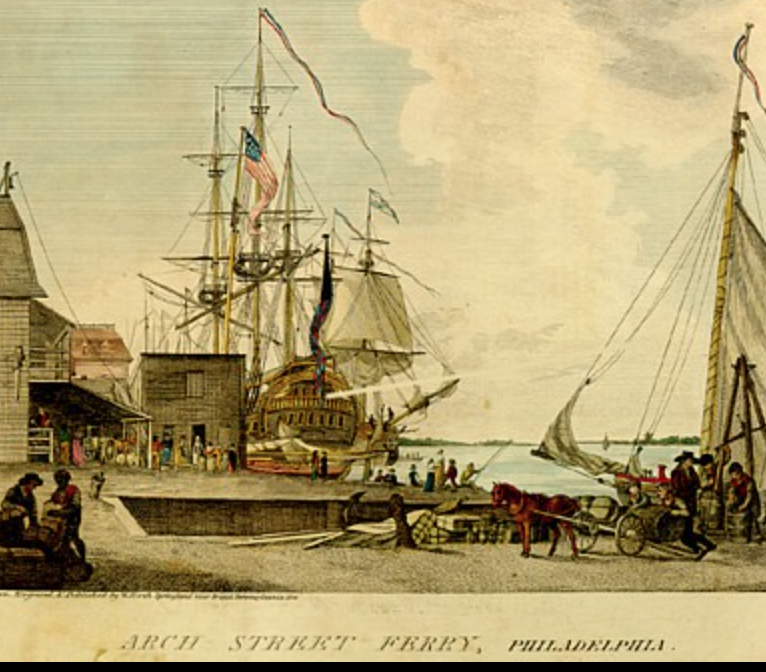 By 1793, the United States had been an independent nation for 10 years. The Treaty of Paris gave the country peace with England. Our new Constitution was ratified in 1787 and George Washington was in his second term as president.

The deep recession that occurred in the aftermath of the Revolutionary War had ended. The economy was growing again, spurred by the resumption of trade with England, our largest trading partner. As the Secretary of the Treasury, Alexander Hamilton had begun get the Federal government’s financial house in order. Inflation was low at around three percent.

All this suggests that life in these United States was good. The experiment of people, not kings and queens, running a democracy that so many European experts said would never work was well underway.

Diseases – smallpox, yellow fever, typhus, measles, plague et al – was a dark underbelly that limited life expectancy. In the late 18th Century, life was much shorter and harder than it is today. Men lived an average of 35 years, women 38. In the new United States, life expectancy was beginning to edge up higher than Europe. Food was plentiful and the living conditions were better.

George Washington took the first major step in eradicating smallpox when he insisted that every soldier in the Continental Army and Navy be vaccinated against the disease. (See earlier post from 8/2/2020 – Smallpox, Variolation and George Washington).

We – the United States – was not out of the woods. The first pandemic to hit the nascent country occurred in Philadelphia in 1793, At the time, Philly had roughly 50,000 residents.

Yellow fever is transmitted by a mosquito which has bitten an infected person and then bites one who is not sick. In 1793, doctors did not know the cause of transmission, nor did they have effective medicines.

The epidemic began when 2,000 Haitian refugees arrived in Philadelphia to begin a new life. Historians believe that the ships carried infected mosquitos and very quickly, doctors in Philadelphia, led by Dr. Benjamin Rush, realized that the city had it first yellow fever outbreak in 30 years.

Hospitals at the time did not accept patients with infectious diseases. As a result, empty homes were taken over to house the sick who were tended by an organization known as the Guardians of the Poor.

By today’s standards, medical treatment would be considered bizarre. Bleeding, purging the body with known laxatives and doses of mercury were considered effective.

The reality was quite different and the mortality rate yellow fever killed whomever was infected, white or black, young or old. What stopped the epidemic was the first frost which killed the disease carrying mosquitos. By the first frost, the disease had claimed the lives of 10% of the city’s population and 20,000 Philadelphia residents sought refuge in nearby New York and Wilmington, Delaware, bringing the disease with them.

Unfortunately, yellow fever continued to plague the U.S. After the Spanish American War, Walter Reed and a team of Army doctors discovered the link and in 1937 Max Theiler won the Nobel Prize for Medicine by developing an effective vaccine.

Posted in Blog, Miscellaneous and tagged First pandemic to strike the new U.S.