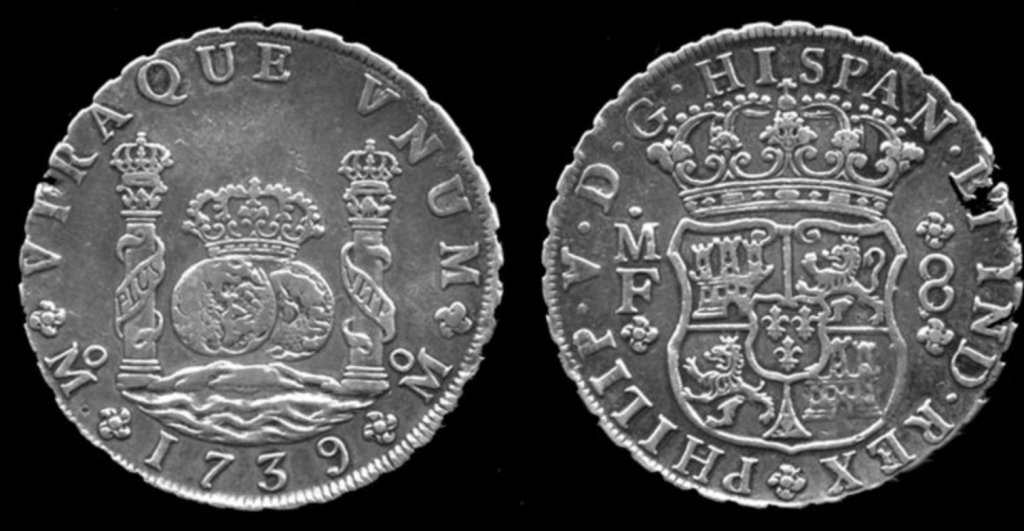 In the 18th Century, there weren’t official exchange rates for currencies. Before and during the American Revolution, in the Thirteen Colonies there were at least 17, that’s right, 17 different currencies being used. Besides barter, goods and services could be purchased using English pounds, Continental dollars, dollars issued by each of the Thirteen Colonies, Dutch Guilders or Spanish dollars. Whether they were legal tender or not, is a different discussion but this was the reality.

So with the war won, now what? Under the Articles of Confederation, the Second Continental Congress did not have the power to force the individual states to stop issuing money. From a monetary perspective, the situation was chaotic.

One of the early orders of business was to create one currency for the new republic. When the Constitution was ratified in 1787, Article One, Section 8, Line 5 of the new U.S. Constitution gave the Federal government the power to coin money and establish standards for weights and measures. This is the first time in modern history that a government’s founding document delineates this role.

Our Founding Fathers named our currency the dollar after the Spanish dollar that was prevalent throughout the original Thirteen Colonies. They also decided on a decimal monetary system, i.e. 100 cents to the dollar.

For those of you who remember British currency before the pound went decimal in 1971, one used pounds, shillings and pence. Twenty shillings made up a pound and ten pence to a shilling. Try multiplying a price in those three denominations or converting pound to another currency! To make matters worse, there was an unofficial monetary unit called a quid which was 21 shillings.

The Founding Fathers also believed the country needed a symbol for its new currency. 18th Century Spanish merchants used the S with a P over the top as an abbreviation for the Spanish Peso. However, many Spaniards and others wrote S with a single vertical line down through it.

If you examine the photo at the top of this post, you can see a scroll wrapped around a column which looks, with a little imagination, the $ sign. Whether or not this is the origin of the U.S. dollar sign is a matter of debate, but from the earliest days of our current currency system, $ is what we used to denote the U.S. dollar.

In the Coinage Act of 1792 (which also created the U.S. Mint), the government defined the par value of the U.S. dollar to be equivalent to one Spanish dollar. Spanish dollar of the era contained 387 grains of silver. The U.S. minted silver dollar was defined as having either 371.25 grains of pure silver or 416 grains of what was defined as “standard silver.”

When the U.S. Coinage Act of 1857 banned the use of any foreign currency as legal tender, the Spanish dollar was still in wide circulation.

Photo courtesy of Wikipedia – Coin can be seen at https://en.wikipedia.org/wiki/Spanish_dollar

Posted in Blog, Social and Economic and tagged The Spanish Dollar is the father of the U.S. Dollar