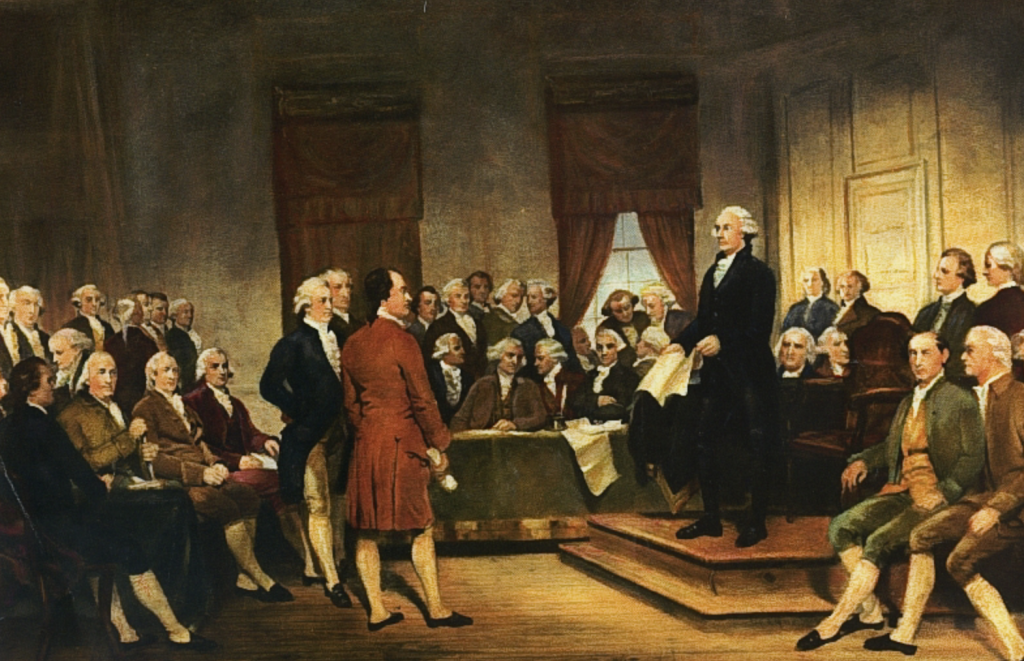 Only recently have we seen discussions, usually in the form of lawsuits, about the Ninth and Tenth Amendments of the U.S. Constitution. Each are single sentences and masterpieces of concise language that convey a concept.

The Ninth Amendment reads – The enumeration in the Constitution, of certain rights, shall not be construed to deny or disparage others retained by the people. People = voters!

The Tenth Amendment reads – The powers not delegated to the United States by the Constitution, nor prohibited by it to the States, are reserved to the States respectively, or to the peoples.

At the time Madison, Jefferson and the others who were writing the U.S. Constitution, were trying to accomplish two key objectives besides creating the framework of what is now our government. Remember, the states had all the power under the Articles of Confederation and it turned out to be unworkable. Left in place, the Articles of Confederation would have created thirteen independent entities who were already arguing over land, tariffs, relations with foreign governments. Our Founding Fathers had seen the shifting alliances and constant feuding amongst European dukedoms and kingdoms and wanted no part of that.

Goal one was to form an effective government that could, among other roles, regulate commerce between the states and overseas; provide for the common defense; create a stable currency; and adjudicate disputes among the states. What all – future members of the Federalist and Democratic-Republican parties – wanted was a workable government with internal and structural limits on each branch.

Goal two was to preserve the right of states. Both Jefferson and Madison, as well as other members of the Constitutional Convention, realized that to ensure the Constitution was ratified, “state’s rights” had to be preserved.

Understand that Madison, who wrote the Bill of Rights, was afraid that a strong central government might run roughshod over the states. Hence the concept that if is if it not a power enumerated in the Constitution, the rights belong to the individual states or the people, i.e. the voters.

Recently, we have seen conflicts arise between the states and the Federal over politically explosive issues of abortion, healthcare, and education. We have also seen mandates come out of the White House (executive branch) or laws that have been passed that have been overturned by the Supreme Court.

While the issues may be, at times, divisive, this is the yin and yang of our system of government. The point here is that Madison, along with the support of the members of the Constitutional Convention were writing language that expressly limited the power of the Federal government. The absolute monarchs in Europe were clear examples of what they didn’t want in the new United States.

There’s no doubt that Madison wrote the Ninth and Tenth Amendments to make it clear that if the power or was not given to the central government by the Constitution, the rights were held by the states and their voters.

Posted in U.S. Politics and tagged 9th and 10th Amendments