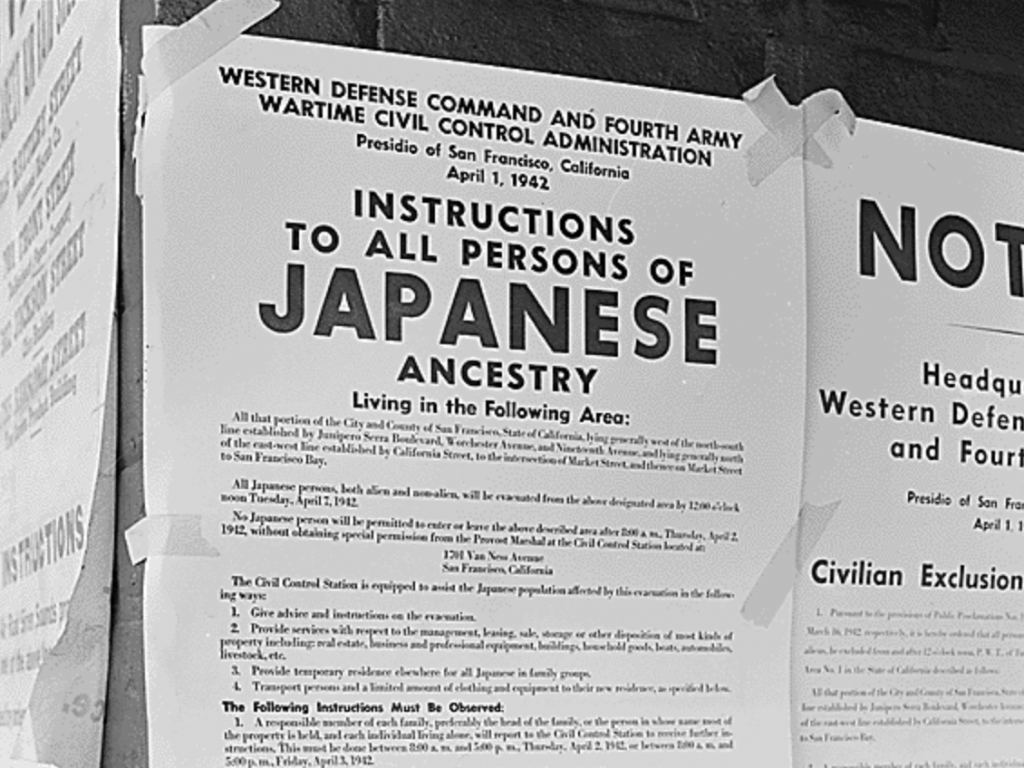 The election of 1796 between Jefferson and Adams was hotly contested. Led by Thomas Jefferson, the Democratic-Republicans tried to paint the Federalists as monarchists who wanted to put John Adams on a throne. The Federalists said the Democratic-Republics were anarchists, anti-commerce and wanted to join the war raging in Europe on the side of France.

When Adams and Jefferson were sworn in, they were bitter political enemies. Immediately after the inauguration, Jefferson and his fellow Democratic-Republicans launched attacks on Adams and the Federalists who controlled the Senate and the House. Many of the scathing articles in the press had no basis in fact and were published by the press that favored the Democratic-Republicans.

Fed up with the false attacks, the Federalist rammed through Congress four bills known as the Sedition and Alien Acts of 1798. Adams signed them into law at a time when the U.S. fighting France in the Quasi War that began on July 7th, 1798 and ended on September 30th, 1800.

Taken together the Alien Friends and the Alien Enemies Acts were designed to give the President the power to “imprison and deport those dangerous or hostile to the United States” (Alien Friends). The Alien Enemies Act gave the president power to arrest any male over the age of 14 from a hostile nation if suspected of spying, treason, or other activities detrimental the U.S.

Jefferson and the Democratic-Republicans cried foul, claiming that these laws were targeted at the flood of immigrants coming into the U.S., most of whom voted for their candidates. The Federalists responded by saying these laws are needed in the interests of national security.

The Sedition Act that caused the most controversy. Almost immediately, Federalist prosecutors began suing papers (all of whom favored the Democratic-Republicans) that printed the false stories claiming their articles that made false statements were seditious, i.e. harmful to the Federal government.

The papers’ defense was that the prosecutions under the Sedition Act were a violation of the First Amendment. Their cases were based on the statement. The government won most of the cases it took to court.

Nonetheless, the Alien and Sedition Acts of 1798 were very unpopular. History tells us that the public’s reaction to the four bills helped Jefferson beat Adams in the election of 1800.

President Wilson used the power in the Sedition Act to arrest and deport aliens who activities were allied with Germany. President Roosevelt used the authority after the bombing of Pearl Harbor to issue presidential proclamations authorizing the Federal government to apprehend, restrain, secure, and remove German (#2526), Italian (#2527), and Japanese non-citizens (#2525).

FDR, again, citing the power in the Sedition Act, issued Executive Order 9066 which authorized the U.S. Government to forcibly remove U.S. citizens of Japanese descent from their homes and move them into internment camps. Ultimately, ~110,000 were relocated.

On April 10th, 1946, President Truman issued proclamation #2685 which revised the language to allow the Federal government to “remove alien enemies in the interest of public safety.” The constitutionality of the Sedition Act as well as Truman’s changes was upheld in the 1948 U.S. Supreme Court decision of Ludecke vs. Watkins.

President Donald Trump used the power from the Sedition Act to ban Muslims from seven countries from entering the country unless their backgrounds could be properly vetted. It too was challenged in court and the powers in the Sedition Act of 1798 were upheld 220 years later when the U.S. Supreme Court upheld Trump’s authority in its 2018 (U.S. vs. Hawaii) decision.

Image is a poster in San Franciso right after Roosevelt issued Executive Order 9066 courtesy of the U.S. Department of the Interior.

Posted in Blog, U.S. Politics and tagged The Sedition Act has been upheld by the Supreme Court