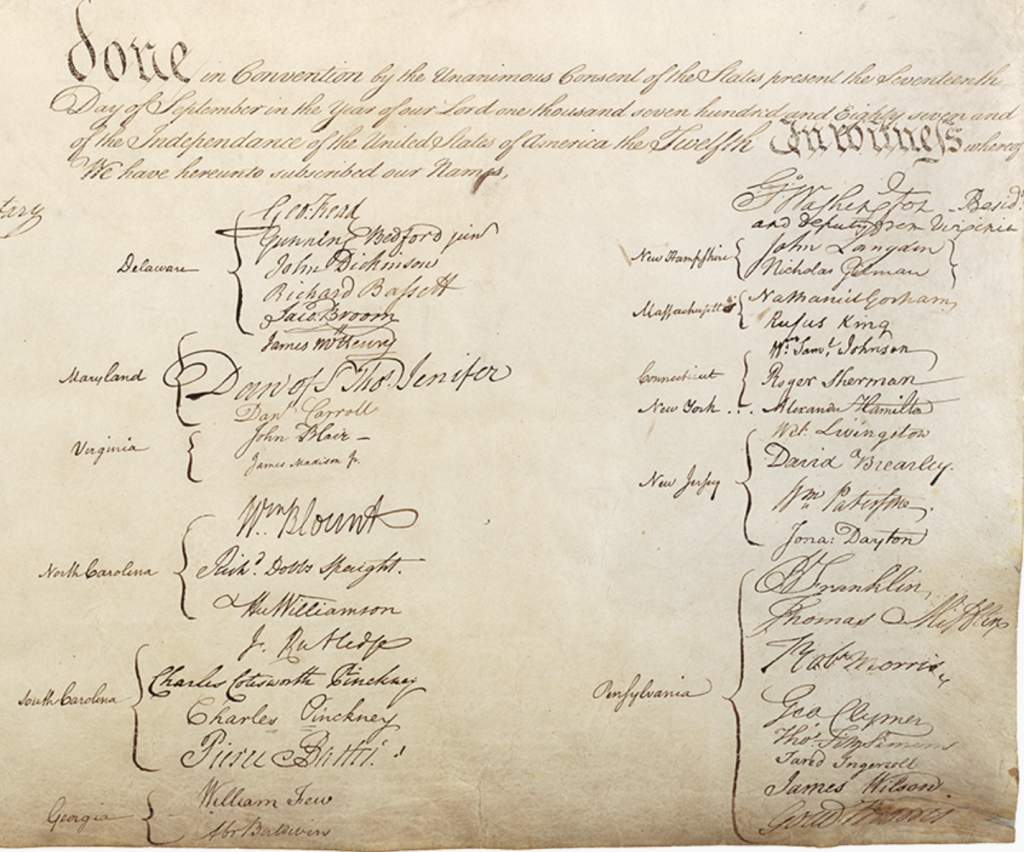 At the Constitutional Convention, there were 55 men, the youngest was 26-year-old Jonathan Dayton and the oldest was 81-year-0ld Benjamin Franklin. They met from May 14, 1787, to September 17th, 1787, during a steamy, humid, and hot Philadelphia summer. The debate was as hot as the weather and in four months and three days, created a remarkable document. In the finished document, the framers of the U.S. Constitution gave the House of Representatives a long list of powers.

Article I of the Constitution discusses the powers given to the House of Representatives and the Senate which are all named in the first lines of the article as the Congress. Section 1 gives the Congress all the government’s power to make ALL Federal laws.

Section 8 is the longest in the Constitution and has 18 clauses that gives the House of Representatives the most power in the Federal government. What is amazing is that most of the clauses are only a single short sentence long.

The succinct wording a testament to the framers’ ability to clearly express ideas. Maybe this is an argument against word processing software which make it easy to create long, boring treatises thousands of words long when only 500 or so are needed and for using quill pens that must be dipped into an ink well. But I digress.

In Clause 1 of Section 8, the Congress is given the power to collect taxes and duties and provide for the common defense. Clause 2 enables the government to borrow money and in Clause 3, regulate commerce with foreign nations, including Native Americans. Now you know where the constitutionality of creating reservations and separate Indian nations resides.

Clause 4 combines the power to establish uniform rules for naturalization and bankruptcies. Numbers 5 and 6 gives the government to coin money and punish counterfeiters.

In Clause 7, the government is given the power to establish a post office and post roads with the goal of creating a network of roads to promote commerce.

The power to promote the arts and write laws protecting intellectual property are in Clause 8. Clause 9 gives the Congress to establish Federal courts other than the Supreme Court.

Clauses 10 through 16 are all related to the military and national defense. Number 10 authorizes the Federal government to catch and try pirates, Clause 11 enables the Congress to declare war and grant letters of marque. Clause 12 grants the Congress the power to raise armies but cannot appropriate money for the Army for more than two years.

Number 13 lets the Congress create a navy without the funding restriction placed on the army and Clause 14 gives the Congress to make rules for the regulation and government of the land and naval forces.

Militias are regulated under Clause 15 which authorizes the Congress to “call forth the militia to execute the laws of the nation, suppress insurrections and repel invasions.” Clause 16 gives the power to organize, arm and discipline militias when they are in service of the government and reserves the right to appoint officers, train the militia and discipline its members.

Image is of the signature page of the U.S. Constitution.