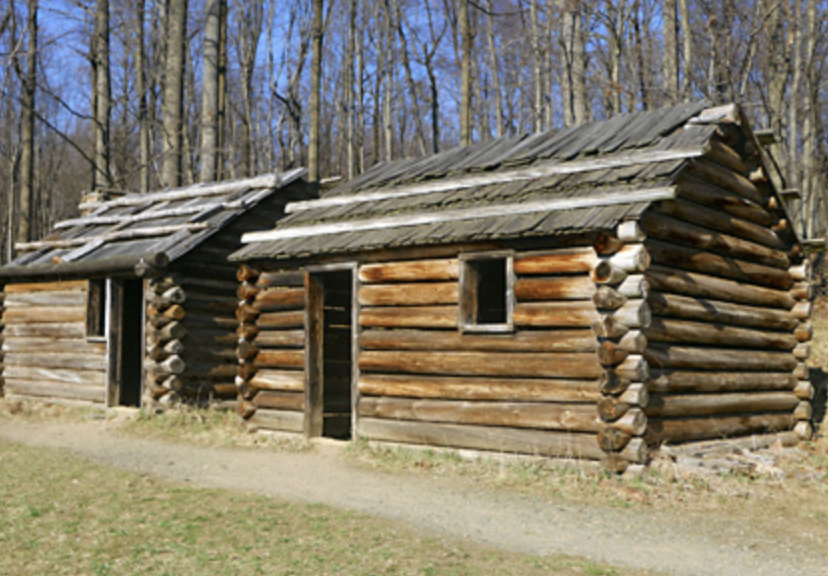 In November 1779, the war was at a stalemate and both sides had moved into winter quarters to wait for spring. The bulk of the British Army in the Thirteen Colonies was holed up in New York City and in a small enclave around Savannah.

Washington led the 10,000 men of the Continental Army into Jockey Hollow, a few miles southwest of Morristown, N.J. When the Continentals arrived, there was already a foot of snow on the ground. The encampment was picked because it was close to New York and easily defensible.

No one in the Continental Army, or the Continental Congress could have predicted the weather during the Winter of 1779 – 1780. History tells us that the area where the Continental Army was encamped endured 26 snowstorms. Six of the 26 were classified as blizzards that dropped over four feet of snow. Wind created drifts six feet deep.

Temperatures stayed well below freezing. Every salt-water inlet from North Carolina to Canada froze solid. Rarely did the temperature rise above freezing. New York Harbor froze and the ice was so thick that British soldiers could march from Manhattan to Staten Island.

In a classic understatement, Washington called it “the hard winter.” The bitterly cold weather was not the only problem faced by the Continental Army.

When the army arrived, there was no housing. Huts had to be built. Washington specified that they all be built to the same specification – 12 feet wide and 15 – 16 feet long with a chimney and a door. The forests around Jockey Hollow provided the wood. Shelter from the snow and cold was only one problem.

The Continental Army was desperately short of food and warm clothing. Snow covered roads made it difficult to move what supplies they could acquire.

Washington didn’t have money to buy food or pay his army. He wrote to the Continental Congress saying that “five or six days together without bread, at other times as many days without meat and once or twice two or three days without either.”

Local farmers were not much help. Thanks to the weather, they were hording their supplies. The low prices the Continental Army was willing to pay for food, meant that few merchants would part with what food, clothing and blankets they had.

Washington nearly lost control of the Army. By late March, the weather the snow melted and Washington and the Continental Army, less the 2,000 men who died at Jockey Hollow was ready to fight. In May, Lafayette arrived at Jockey Hollow with the news that the French were sending an army that would arrive early in the summer.

The Continental Army that entered Jockey Hollow emerged in the spring a much better force. Its will to survive and win was again tested, not by musket and cannonballs, but by the weather, deprivation, disease, and hunger, just as it was the winter before at Valley Forge.

The force that survived Jockey Hollow was more determined than ever to defeat the British. Although no one could forecast the future, independence was on the horizon.

In October 1781, Cornwallis surrenders at Yorktown 16 months after the Continental Army left Jockey Hollow. Twenty-six months after Jockey Hollow, the British evacuate Savannah in July 1782 and 31 months later, the British pull out of Charleston in December 1782. Officially, we became independent on September 3rd, 1783, when the Treaty of Paris was signed.

Image is Al Frazza’s photo of two recreations of the huts that were built in Jockey Hollow.

Posted in Army, Blog and tagged Continental Army endures the worst winter in the 18th Century at Jockey Hollow