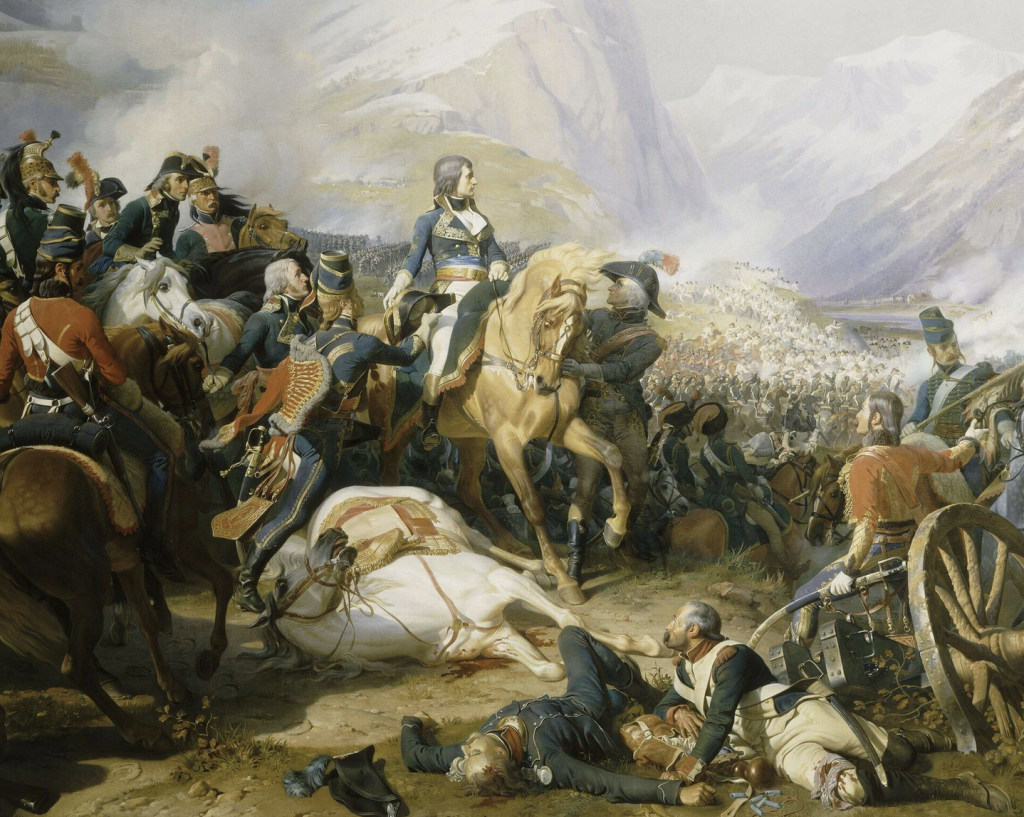 By 1789, Louis XVI, the French King who came to our aid against the British was in trouble. His rule was viewed as corrupt and was very unpopular. France was deeply in debt thanks to loans taken out to finance Louis XVI’s support of our cause, retake possessions around the world lost in the Seven Years War, as well as the Spanish efforts to retake Gibraltar.

The deposition of a monarchy was seen as a threat by the kingdoms throughout Europe. King Leopold II, ruler of what was known as the Holy Roman Empire which then consisted of parts of what we know now as Austria, Hungary, Czechoslovakia, Poland, Belgium, northern Italy and parts of modern Germany, was afraid for the safety of his sister Marie Antoinette

Many French nobles related to the other monarchs in Europe fled France and began agitating against the French rebels who has seized power. Even Louis XVI tried to escape but was captured. Leopold II issued the Padua Circular on July 6th, 1791 that demanded the release of Louis XVI. It had no effect.

Together with King Fredrick Wilhelm II of Prussia, Leopold II issued the carefully worded Declaration of Pillnitz that supported King Louis XVI and again, demanded he be kept safe. Knowing that England would not support a war against France, the document focused on continuing the partition of Poland and Lithuania which would not become independent again until after World War I.

The revolutionary leaders of France believed the men who signed the Pillnitz Declaration were intending to go to war with France, so they declared war on the Holy Roman Empire and Prussia. Thus began the War of the First Coalition which lasted until 1797 after the leadership of the First French Republic fought off invasions. Ultimately, Great Britain was dragged into the war. For the record, Louis XVI was guillotined on January 21st, 1793.

On this side of the Atlantic, the last thing our Founding Fathers wanted was to be involved in another war. As young men, many had fought in the Seven Years War/French and Indian Wars, then the American Revolution. They steadfastly refused to join either side. War, however, was good for the growing American economy.

Europeans needed “stuff” the U.S. had to offer, i.e. – lumber, dried foods, indigo, tobacco, etc. Our shipyards could build the ships to carry the cargo faster and more cheaply than their competitors in Europe. As a result, the War of the First Coalition spurred the development of our economy which began to grow rapidly.

Before the Treaty of Paris was signed in 1783, the Continental Army and Navy were dissolved. Only poorly equipped and trained state militias remained. As a country, we were defenseless. An army was needed to protect settlers pushing westward in the land given to us by England in the Treaty of Paris. A navy was needed to protect the shipping carrying materiel to Europe.

In June of 1792, the Congress passed legislation that created the Legion of the United States. Two years later, in March 1794, the Navy Act was passes establishing the modern U.S. Navy.

By the time the War of the First Coalition ended in 1797, the United States John Adams was president. As a diplomat, Adams was part of the team that had negotiated with Great Britain and had witnessed first-hand the duplicity of the French, first with the Treaty of Aranjuez (see blog post – https://marcliebman.com/french-diplomatic-duplicity-during-the-american-revolution/ ) and then again when they began negotiating with the British behind our back. Unlike his vice president and his successor, Thomas Jefferson, Adams did not trust the French.

War in Europe continued with The War of the Second Coalition that began on November 29th, 1798 and lasted until March 25th, 1802. Despite the treaty of Campo Formio that officially ended the war, England and France were still at each other’s throats. It was in this war that a young French officer but the name of Napoléon Bonaparte began his meteoric rise to power.

Meanwhile, President Adams tried to remain neutral but in 1798, the U.S. was dragged into a conflict known as the Quasi War against our former ally, the French.

Painting of Napoleon at the January 21st 1797 Battle of Rivoli

Posted in Blog, Geopolitics, U.S. Politics and tagged U.S. Tries and fails to stay out of European wars