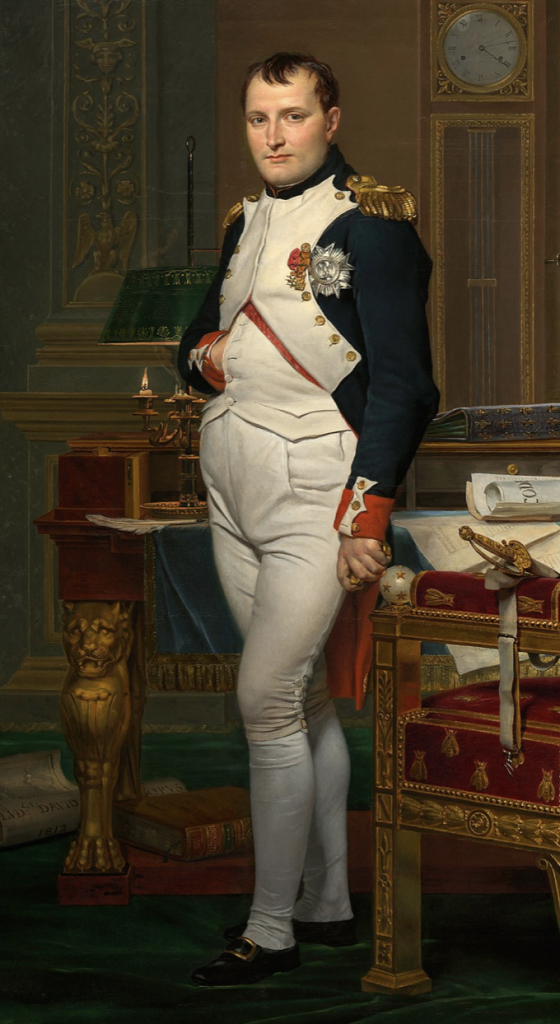 When one looks back at history, the significance of the American Revolution cannot be overlooked. Some pundits use the words “The shot heard around the world.” The words ring true because what began at Lexington and Concord in 1775 started an upheaval in the world order. The convulsions lasted well into the 19th Century because our founding fathers proved that that revolution against a reigning monarch or government was not just possible, but feasible.

By 1789, six years after American Revolution ended in the Treaty of Paris, storm clouds were brewing in Europe. France was a mess and for all intents and purposes bankrupt. Banks were reluctant to loan money to King Louis XVI’s government. He had no choice but to increase taxes on every citizen.

The nobility and wealthy French businessmen wanted a say in how their tax dollars were spent and felt their influence on French domestic and foreign policy and every other citizen was unhappy with their lot in life. France was, in those days, a miserable place to live.

Declaration of the First French Republic set off alarm bells in the palaces of reigning monarchs throughout Europe who saw the deposition of Louis XVI and Marie Antoinette as something that could happen to them. Prussia, the Holy Roman Empire, Spain, the United Kingdom and French nobles who were opposed to the revolution formed an alliance and invaded France.

In the middle of what is known as the War of the First Coalition, Louis XVI and his wife were executed. The countries fought off and on for three years, but the First Republic was still standing when the war ended in 1797.

Less than a year later, the War of the Second Coalition began. Again, European monarchs, fearful of being overthrown, attacked again. A young French officer by the name of Napoleon Bonaparte rose to prominence despite his disastrous campaign in Egypt. Peace broke out again after more than three years of war when the Treaty of Lunéville and the Treaty Amiens were signed in 1802. Through these two documents, the French Republic’s survival was more or less guaranteed.

Britain was still at war with France who for centuries, had been its traditional enemy. When the War of the Third Coalition ended, the Holy Roman Empire collapsed.

Ultimately, there were seven wars of coalition which kept much of Europe continually at war from 1794 to 1815. The first two conflicts are known as the French Revolutionary Wars and the last five are often collectively referred to as the Napoleonic Wars. On one side, there was France and Spain, sometimes joined by other nation states. On the other, there was Great Britain, Prussia, Sweden and often Russia. The wars of coalitions lasted until Napoleon was defeated at Waterloo in 1815 and exiled to St. Helena.

The results of these wars are still seen today. Spain’s control of its colonies in South and Central America was weakened and almost all of its former colonies were independent by the 1820s. Italy began to unite in 1848 and in the same year, the process began in Germany.

Besides being a brilliant general, Napoleon was also a superb administrator. He used France’s control of conquered territory to implement the ideals of the French Republic, i.e. democracy; an end to serfdom; reduction in the power of the Catholic Church; and most important, demands for limits on the powers of reigning monarchs. When the monarchs regained control of their land, they tried to roll back the reforms instituted under Napoleon and failed.

The revolution started by our Founding Fathers ultimately changed the map of Europe and South America. Not bad for a group of patriots who wanted nothing more than to govern themselves.

Image is the Jacques-Louis David 1812 portrait of Napoleon.