The Thunderbirds Go to War 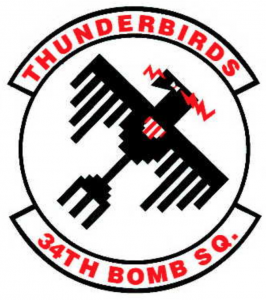 The squadron that became the original Thunderbirds started as the 34th Aero Squadron during World War I. After the war, they became the 34th Pursuit Squadron and in 1932, the War Department approved their distinctive logo based on an American Indian design and officially because the Thunderbirds. At the time, they were flying Curtiss P-12s and later Boeing P-26s

In 1934, the squadron was redesignated the 34th Attack Squadron which began a period of rapid change in types of aircraft flown. First, it was the Northrop A-17 which quickly became obsolete. Renamed the 34th Bombardment Squadron, the squadron was equipped with the twin engine Douglas B-18 in 1939.

By March 1942, the 34th Bombardment Squadron as well as its sister squadrons in the 17th Bomb Group (the 37th and the 96th) had the most experience flying the B-25 and in March 1942 led Lieutenant Jimmy Doolittle to recruit pilots for a secret mission which we all know now as the Doolittle Raid. Twelve of the airplanes and 70% of the crews came from the 34th Bombardment Squadron. The rest from the 37th and the 96th.

The Army Air Corps decided to equip the 34th (and the 17th Bomb Group) with a brand new twin-engine bomber just starting to come off the production lines at the Martin Aircraft plant in Baltimore, MD. The airplane was the B-26 Marauder.

This presentation is the story of the 34th and how the squadron flew to North Africa, arriving days after Operation Torch and the missions they flew in 1942 and 1943. 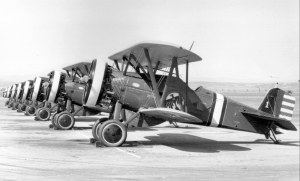 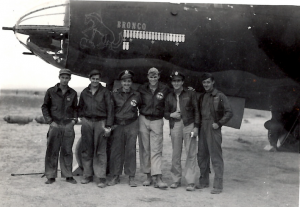