Flight of the Pawnee was released on January 12th, 2021, 14 years after Marc penned the first draft. Originally, the book was supposed to be a stand-alone work.

In 2006, Marc finished V6 and thought the manuscript was ready to be submitted to a publisher or an agent. Over the next two years, Marc learned that most publishers wanted a series of novels featuring the same major character. Other publishers (and agents) suggested he write a more contemporary series, i.e. takes place around 2008.

Along the way, Marc decided to use the manuscript as the first in new contemporary series with a new character, Derek Almer. The change required a significant rewrite because the book now takes place in 2015 and V16 was ultimately accepted by a publisher, Crossroad Press.

In this presentation, Marc takes the audience through his thinking and how the four book Derek Almer series evolved along with interest by a movie producer that went nowhere. 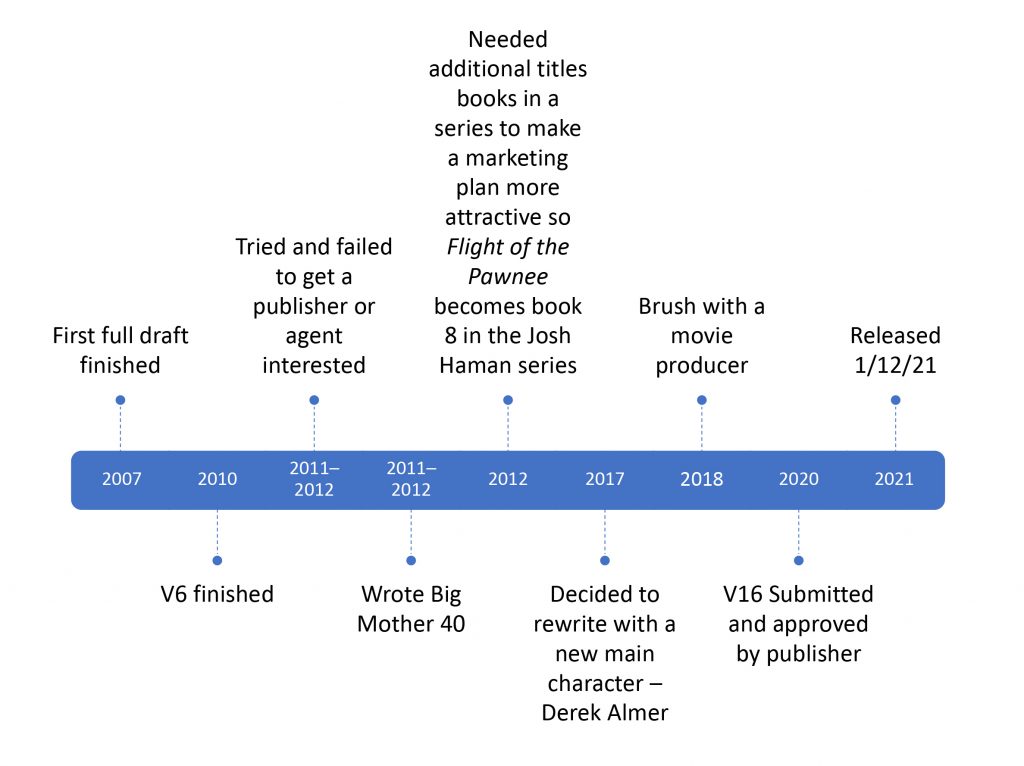