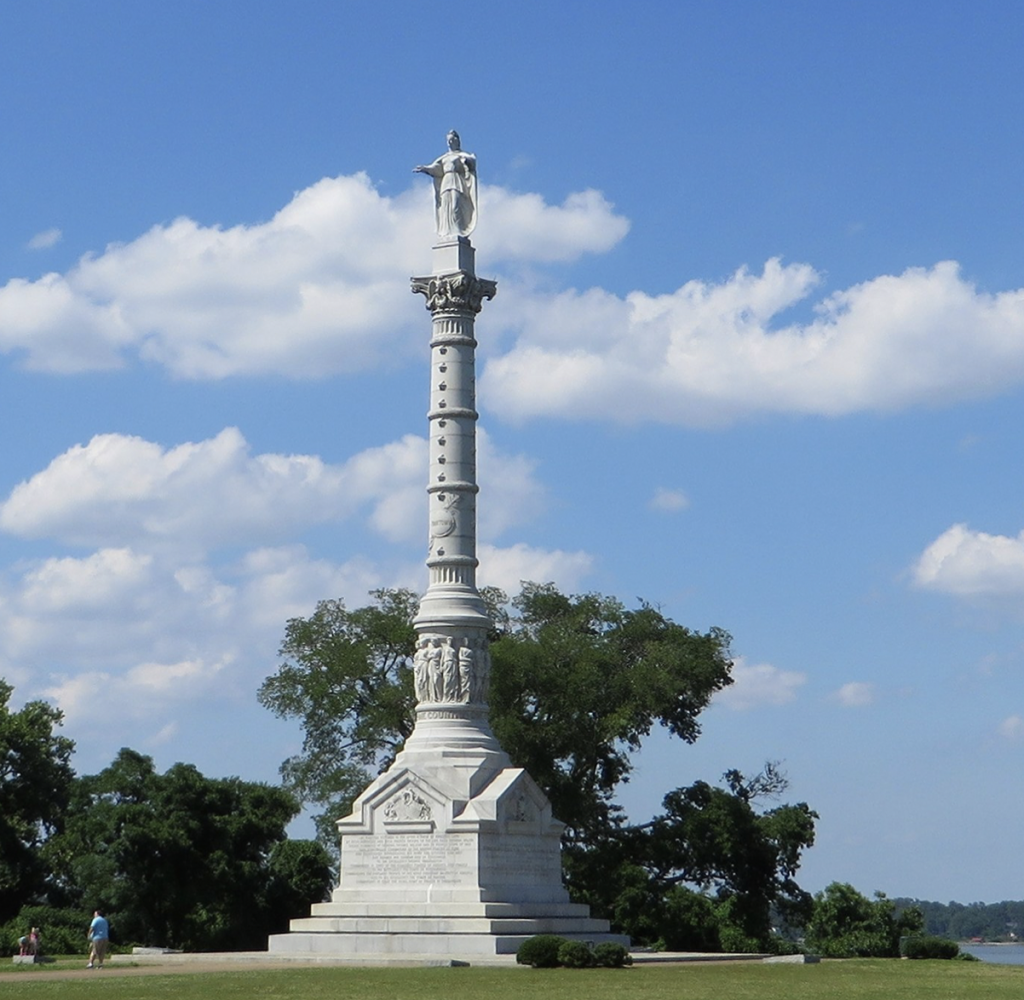 October 19th will be the 241st anniversary of Cornwallis surrender at Yorktown. On that day, approximately 7,200 British Army soldiers plus another 2,000 German soldiers from the dukedoms of Hesse and Ansbach-Bayreuth marched into a field and laid down their arms.

At the time, Cornwallis didn’t have the courage or grace to lead his own army onto that field. Instead, he sent Brigadier General Charles O’Hara. How and why the British Army wound up trapped on a small town on the James River is beyond the scope of this post. Cornwallis had to know that he agreed to the largest British Army surrender to that date.

Since then, there have only been three bigger ones, General Percival’s capitulation in Singapore which resulted in 80,000+ British and Australian soldiers being taken prisoner by the Japanese. Number two in size when Churchill authorized the British and South African garrison to give up Tobruk on June 21st, 1942. The third one on the list is when the British raised the white flag at Kut on April 29th, 1916. On that day, 8,000 members of the British Army were taken prisoners by the Turks.

The size of Cornwallis’s surrender puts it high on an unpleasant list in British Army history. The real significance is that his (and the British Army’s defeat) set in motion a series of events that ultimately led, two years later, to the Thirteen Colonies being granted their independence.

First came the realization within the British government that the war in North America was unwinnable no matter how many troops they sent. At the time of Cornwallis’ defeat, the British held Charleston, New York Savannah, and Wilmington. That’s it.

This grudging acceptance of reality didn’t mean King George III, his prime minister Lord North or the Secretary for the Colonies, Lord Germain were going to give in to the rebels. Lord Shelburne, the leader of the “loyal opposition” now had another defeat to force a vote of no confidence in Parliament. It took three attempts, but finally in March 1782, he succeeded. (See 12/13/20 post – Getting to Terms That Ended the Revolutionary War – https://marcliebman.com/getting-to-terms-that-ended-the-revolutionary-war/)

While the political infighting was going on, Lord Shelburne authorized Charles Oswald to begin “private” and very secret negotiations with Henry Laurens on how to end the war. Before the war, Oswald and Laurens were business partners and the British hoped to exchange Laurens who was being held in the Tower of London for Cornwallis. (See 12/20/20 post – Getting to THE Terms of the Treaty of Paris – https://marcliebman.com/getting-to-the-t…-treaty-of-paris/ )

Despite the private talks and then the formal negotiations, the fighting continued. Savannah would be liberated in June of 1782 and Charleston in December of the same year. Battles were fought in New Jersey, Virginia, South Carolina, and what we now call Ohio in 1782 and 1783.

Cornwallis returned to England in December 1781. He was made Ambassador to Prussia before being sent to India in 1786 as its governor-general. Cornwallis was sent back to India in 1805 where he died. During his two “tours,” he instituted many reforms. His legacy is that of the man who created the governmental institutions that enabled Great Britain to control and run India until 1947 when it granted the country its independence in return for its support in World War I and II.

In Ghazipur, a town on the Ganges River in Northern India, there is a monument to Lord Cornwallis and his contributions to Indian history. Maybe, just maybe, Cornwallis learned something from his American experience!

Posted in Blog, Geopolitics and tagged Monument to the victory at Yorktown