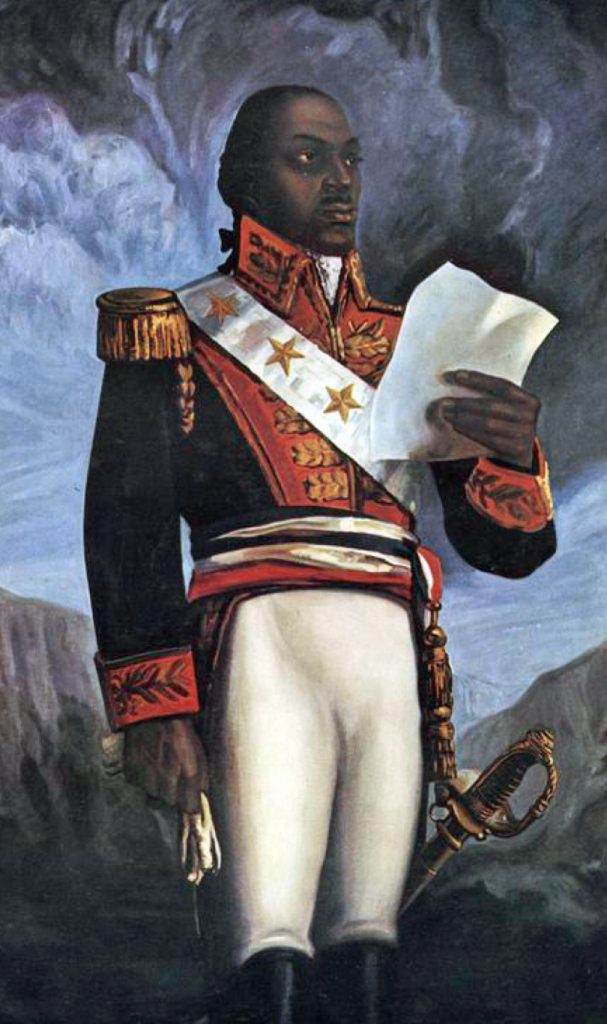 The 1697 Treaty of Rijswijk which ended the Nine Years War between the French, and the Grand Alliance (England, Spain, the Dutch Republic, and Austria) divided the island of Hispaniola in two. France which received the western portion of the island named it Saint Dominique and the Spanish called their chunk Captaincy General de Santo Domingo. The boundaries were vague because much of the island’s mountainous interior had not been explored.

It was not until the Dominican War for Independence which lasted from in 1844 to 1856 that the formal boundaries we know today were agreed upon. Today, the second largest island in the Caribbean contains two nations, the Republic of Haiti and the Dominican Republic.

Back to our story. Sugar was introduced onto the island by settlers from the Canary Islands at the beginning of the 16th Century and by 1516, a sugar mill was producing refined sugar and molasses. However, the Spanish colonists needed labor and began importing slaves from Africa to work the cane fields.

Now that France had title to the western half of the island, French engineers built canals, irrigation ditches, and roads to facilitate growing of sugar cane. By 1780, Saint Dominique was producing 40% of the worlds sugar and 70% of the coffee consumed in Europe. Combined with exports of cotton and indigo, Saint Dominique was the jewel of the French empire.

However, yellow fever was killing slaves imported from Africa almost as fast as they could be brought to the island. It was not a popular place for the Frenchman either because they too were subject to the disease. By 1791, there were approximately 40,000 whites, 28,000 mulattoes and freed slaves and 452,000 slaves on the western portion of the island.

Before he died in 1791, the French philosopher and politician Honoré Gabriel Riqueti, the comte de Mirabeau wrote that the “Frenchmen ruling Saint Dominque were sleeping at the base of Mount Vesuvius.”

Tensions ran high and in 1791, a slave revolt erupted. Time and space of this post does not allow for a detailed description of what happened. Suffice it to say that once the rebellion broke out, England and Spain invaded Saint Dominque in 1793.

France responded by unilaterally freeing all the slaves on Saint Dominique. The proclamation created chaos because farm production plummeted. The French planters were not given any warning of the decree. It also created opportunity for Toussaint Louverture. Between the war against the army commanded by Louverture and disease, the British expedition cost England 100,000 men and about 4 million pounds (£673,322,653 in 2022).

By February 1802, Napoleon needed money for his campaigns and saw tax revenue for exports from Saint Dominique as a source. He sends an army to Haiti to crush Louverture.

The French promise not to re-impose slavery but by early summer word had reached Saint Dominique that the French had reneged on a similar promise to the slaves on Guadeloupe. By July 1802, the French army had lost over 5,000 men to disease and Napoleon’s attempt to regain control of Saint Dominique and its economy was expensive and failing.

The March 1802 Treaty of Amiens meant that England and France were at peace, but Napoleon could see another war with England on the horizon. And he needed money.

Like most modern CEOs, he looked at his list of assets to find one that could be quickly sold and generate a large sum of money. The largest and most valuable Napoleon controlled was the land ceded to France by Spain in the Third Treaty of Ildefonso signed in October 1800 and then re-affirmed in the March 1801 Treaty of Aranjuez. Selling it meant that he didn’t have to protect it.

The U.S. was the eager buyer and the turf that Napoleon sold was Louisiana Purchase. And as a footnote, one can thank Toussaint Louverture for his rebellion that consumed French resources and pushed Napoleon to sell the land that in 1803, doubled the size of the U.S.

Painting of Toussaint Louverture by an unknown artist that hangs in the New York Public Library.

Posted in U.S. Politics and tagged Louverture's rebellion set in motion events that led to the Lousiana Purchase