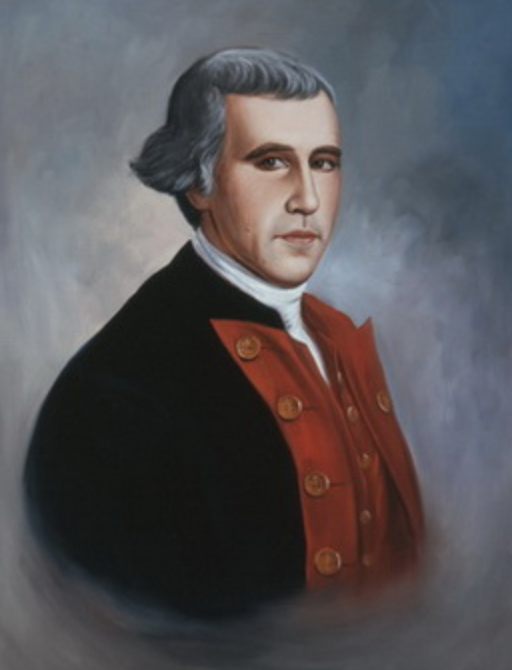 It is rare that the U.S. Navy names ships after one its officers, much less four. Captain Nicholas Biddle, Continental Navy is one that has been honored with four ships for his leadership, courage and skill. The first Biddle was a small torpedo boat (TB-26) that served from 1901 to 1919. The second Biddle (DD-151) a four stack Wickes class destroyer commissioned in 1918 and decommissioned at the end of WWII.

One of the earliest Charles Adams class DDGs was initially commissioned as the Biddle (DDG-5) in 1962 but then re-named as the Claude V. Ricketts in 1964. The Navy was without a ship named after the Continental Navy captain until CG-34, the cruiser Biddle was commissioned in 1967 and then stricken in 1993.

So why is Nicholas Biddle so important? Biddle started sailing on merchant ships when he was 13. At 20, he joined the Royal Navy as a lieutenant only to resign in 1773 to participate in an Arctic voyage with Constantine Phipps. One of his fellow officers was Horatio Nelson, the future admiral and hero of Trafalgar.

When the American Revolution began, the Philadelphia native was one of the few Continental Navy officers who had served on a warship. Biddle was given command of the brig Andrea Doria (14 guns) that participated in the March 1776 raid of the Bahamas.

Both Biddle and John Paul Jones who was the first lieutenant on the frigate Alfred were highly critical of Commodore Esek Hopkins conduct during the raid and the squadron’s failure to capture H.M.S. Glasgow (32 guns) off Block Island.

Biddle’s next command was Randolph, one of the 13 new frigates authorized by the Second Continental Congress. The new 32 gun frigate was designed to engage Royal Navy ships of similar size. With the ship manned at about 80 percent, he left Philadelphia in February 1777 escorting U.S. merchant ships into the Atlantic so they could sail to Europe and the West Indies.

With Randolph, Biddle captured H.M.S. True Briton and the three ships that she was escorting. He took his prizes – True Briton, Charming Peggy, Severn and L’Assumption -to Charleston. On the way, many of the crew died from yellow fever and the captured British seamen tried to take over Randolph, but failed. Even though Randolph was seriously undermanned, Biddle agreed to lead a task force of four privateers – General Moultrie, Notre Dame, Fair American and Polly – to go prize hunting.

Leaving Charleston, Biddle sailed into Caribbean where they took one small schooner. The pickings were slim because most of the British merchant ships were now sailing in heavily guarded convoys.

To save his squadron, Biddle took on Yarmouth and managed to keep the larger, more powerful ship at bay for several hours. The battle ended when one of Yarmouth’s cannon ball penetrated the hull, set off a spark in the ship’s magazine and Randolph blew up. The blast and chunks of Randolph’s wood heavily damaged Yarmouth’s rigging forcing her to stop and make repairs allowing the other four ships in Biddle’s squadron to escape.

Only four men survived the explosion. Three hundred and eleven men, including Biddle were killed.