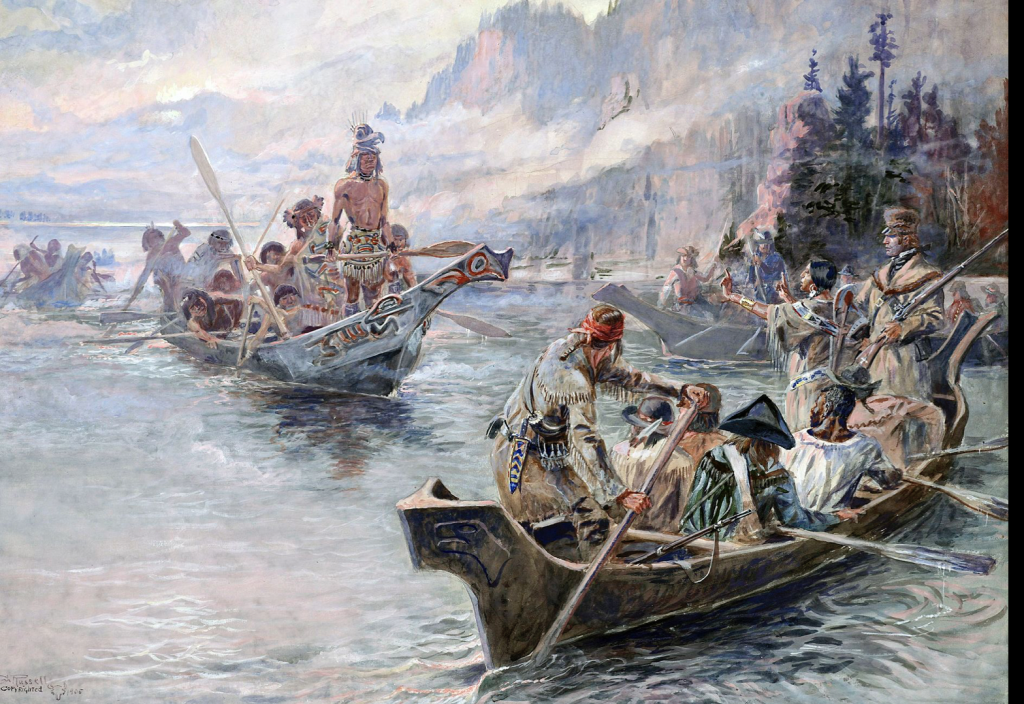 Imagine you are Meriwether Lewis in January 1803. You have been selected to follow the Missouri River to its mouth and then proceed to the Pacific Coast of North America.

From a planning perspective, let’s skip over some of the more daunting challenges such as how far to the west is the Pacific Ocean. He was given some vague estimates which came from James Cook’s 1778 voyage up the West Coast and George Vancouver’s 1791 – 1795 exploration the area around Seattle and Vancouver, Canada.

Nor did he really know what was between St. Louis and the West Coast. Yes, he had reports from traders which was informative and often contradictory. Much of what one would want to understand before setting out on such a venture was not only unknown, but also unknowable.

His Corps of Discovery was more like an understrength platoon. Lewis was a captain in the newly created (in 1789) army. His second in command, William Clark was a lieutenant. He picked four sergeants, two corporals, 29 privates from the U.S. Army’s 1st and 3rd Infantry Regiments. They were augmented by 17 individuals, including Sacagawea, we would in 2022 call contractors, and the Seaman, a Newfoundland dog. That’s a total of 53 men and one woman.

Given the unknowns listed above, there was no physical way the expedition could carry all the supplies for the journey. Since Lewis didn’t know how far he was going, it was impossible to calculate how long they would be gone. Or what was needed in terms of food, tools such as axes, clothing, powder, shot and “stuff” to trade. President Jefferson authorized $2,500 to equip the expedition for which the Congress expected receipts for all expenditures to prove that taxpayer’s money was not wasted.

Much of what they would need would be either acquired by trading with the Native American tribes along the way, sourced from animals – hides for clothing, shelter and food – or even the few fur traders they would encounter.

When the Corps of Discovery set out, they had no idea how long they would be gone. There is some correspondence suggesting that Lewis thought it would take his expedition about a year to reach the Pacific Ocean and another year to return. They left on May 14th, 1803 and returned on September 23rd, 1806.

There is no doubt in anyone who has studied this expedition that it was an unqualified success and the members overcame significant obstacles posed by the terrain, weather, and overland navigation.

On most days, the expedition covered less than 30 miles. Even with their sextant, an octant, a surveying compass, and an accurate chronograph which they had, their daily track could be within the margin of error even if, on each night, they took three sightings. Their surveying compass enabled them to differentiate between true and magnetic north. In the latitudes where they were traveling, the difference between true and magnetic north could range from five degrees near St. Louis to 200 at the mouth of the Columbia River.

Given the state of medicine in the early 19th Century, it is amazing that none of the members of the expedition died of disease or an accident or worse, in a fight amongst themselves. It is a testament to Lewis’ leadership that through privation and long, arduous days, he kept the group together.

Their legacy is documented in the journals that several kept. The story of Lewis and Clark and the Corps of Discovery is one of courage and perseverance embedded in the American Spirit that makes this country different from all others.