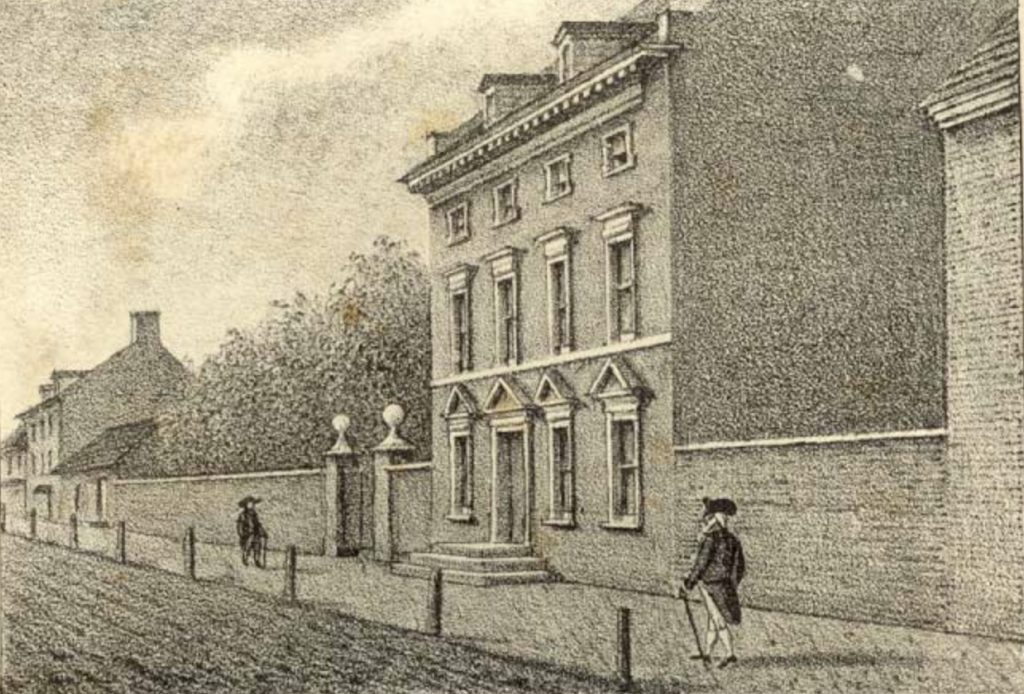 Its 1793 and the French Revolution is in full swing. Louis XVI tried to flee his country and not only has been arrested, but on January 21st, 1793, he was executed. Afraid that Austria and Prussia would invade France, the revolutionaries declared war on almost every major European power. Thus began the War of the First Coalition.

The men leading the French Revolution shared many of the ideals with our Founding Fathers. The U.S. government’s leading Francophile, Thomas Jefferson helped the Marquis de Lafayette craft several documents on which the new French Republic was to be governed.

Given the support that France provided to our Founding Fathers during the American Revolution, the leaders of the French Revolution assumed that we would support France against its enemies. The French sent, Citizen Edmund-Charles Genêt to be its minister to the United States.

Genêt did not stop with encouraging privateers. He also funded a group of volunteers to go fight the Spanish in Florida with the goal of taking the territory for France. As he traveled north to Philadelphia, then the U.S. capital, Genêt tried to form a unit that would fight in Europe for France.

His actions infuriated President Washington, Vice President John Adams, and Secretary of State Thomas Jefferson. When Genêt arrived in Philadelphia, he found the reception much colder than he anticipated. Washington and Thomas Jefferson informed Genêt that under no circumstances would the United States join the war on either side.

To reinforce his words with actions, President Washington issued the Neutrality Proclamation on April 22, 1793, which was published in papers throughout the United States. The proclamation emphatically stated that the United States would adopt a “friendly and impartial” attitude to the powers at war. Any U.S. citizens who violated this proclamation may face criminal action by the new Federal government.

Genêt was undeterred. Despite verbal and written warnings from both Jefferson and Washington, he continued to attempt to find Americans with money and desire to fund privateers. A long, 8,000-word letter was hand delivered to Genêt telling him that if he persisted in his actions, he would be arrested.

Genêt’s mission had failed and created an international incident. Furious that his warnings were being ignored, Washington sent Genêt a strongly worded letter also signed by both Thomas Jefferson to the French government demanding Genêt be immediately recalled.

The Frenchman government response suggested that upon Genêt’s return to Paris, he would be arrested. Given that the Reign of Terror was now in full swing, Genêt asked Washington to grant him asylum. Alexander Hamilton, who despised Genêt, and Jefferson convinced Washington to grant the Frenchman U.S. citizenship. Both were sure that if Genêt returned to France, he would be guillotined. This is one of the few times their political careers that Jefferson and Hamilton agreed.

Relieved of his diplomatic duties, Genêt moved to New York where he married the daughter of its governor, George Clinton. Through his father-in-law, Genêt acquired a substantial piece of land overlooking the Hudson River land and lived as a gentleman farmer until he died in 1834.