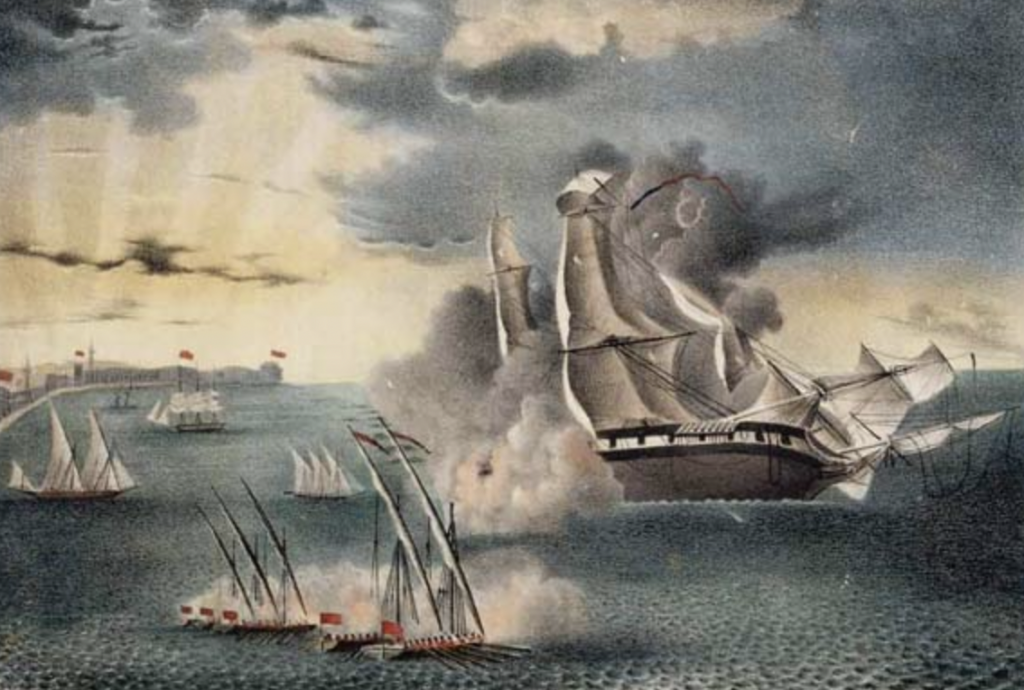 By 1801, President Jefferson had a foreign policy problem in which his political positions and beliefs were in direct conflict with reality. The causes of Jefferson’s national security conundrum were both internal and external. On one hand, Jefferson didn’t want the U.S. to have a standing army and Navy. On the other, world events required it.

What began as the French Revolutionary Wars in 1792 had now morphed into the Napoleonic Wars. England had become the United Kingdom of England, Scotland, Ireland, and Wales in 1801 and was locked in a battle for survival with France. The coalitions on both sides changed, almost yearly and three presidents – Washington, Adams and now Jefferson – had doggedly remained neutral.

For Jefferson, an avowed Francophile, he wanted the U.S. to join the French but understood doing so was political suicide given that over 70% of U.S. international trade was with the U.K. Now that the Quasi War with France was officially over with the Convention of 1800, he severely reduced the funds allocated to the Navy that Adams had created. What was left was a coastal defense force and three frigates. The remainder of the ships were placed in what the Royal Navy calls “in ordinary.” Today, we would use the term mothballed.

His decision not to have a standing army and navy left the U.S. almost defenseless. Overseas, the Barbary Pirates were increasing their demands for tribute while still capturing U.S. merchant ships. Whatever agreements Adams’ and then later Jefferson’s emissaries had worked out were violated. Since international trade was a mainstay of the growing U.S. economy, Jefferson was under pressure to “do something.”

The Barbary Pirates knew better than to capture British or French ships. Both countries had large fleets in the Mediterranean that could quickly react. The U.S. had no such capability.

Jefferson and his Secretary of the Navy – Robert Smith – were faced with executing an expeditionary warfare campaign in the Mediterranean. This meant a significant expansion in the size of the U.S. Neither the Navy, nor the Army, had any experience this type of warfare which today, we would call power projection.

Tripoli is 4,120 nautical miles from Philadelphia. By square rigged ship averaging five knots over the bottom, it is 34.3 days away. To support any campaign against the Barbary Pirates, the U.S. needed bases in the Mediterranean.

Jefferson turned to the Kingdom of Sicily. By 1801, Napoleon had conquered much of the Italian peninsula, including the other “half” of the Kingdom of Naples and Sicily. This forced the British to invade Sicily to keep it from falling into the hands of the French. The British allowed the Sicilians to help the United States by allowing its ships to resupply and refit in its ports.

We had another unlikely ally – Sweden – who sent three frigates to support the growing U.S. force in the region. It took two years of skirmishes, bombardments, the loss of the U.S.S. Philadelphia which was burned in Tripoli harbor after it was captured and negotiations before the Barbary Pirates agreed to stop taking U.S. ships.

Shortly after the treaty was signed that ended the First Barbary War, Jefferson again reduced the funding for the U.S. Navy. Unfortunately, this was not the end of the Barbary Pirates story that ends with the Second Barbary Pirates War in 1815. Stay tuned.

Painting is of the U.S.S. Philadelphia aground in Tripoli’s harbor by an unknown artist.