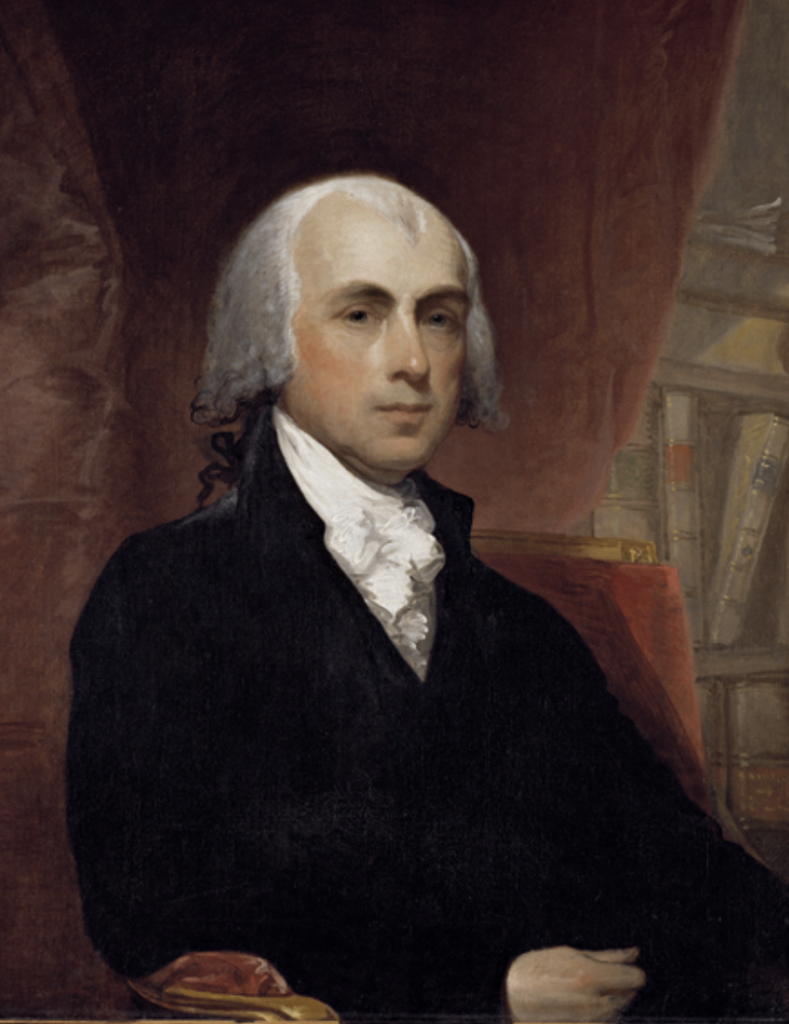 When Thomas Jefferson left office in 1808, the U.S.’s foreign policy house was not in order. In fact, it was a mess.

Yes. Jefferson made the Louisiana Purchase. Yes, Jefferson was trying to navigate between the warring factions in Europe that were, depending on the coalition and the year either allied or enemies.

Jefferson’s Democratic-Republican Party platform was founded on four concepts. One, the party wanted a stronger break from Britain. Two, states’ rights over those of the Federal government. Three, preservation of slavery to facilitate an agrarian economy. Four, continued westward expansion. Five, a small Federal government. The Democratic-Republicans believed a standing army and navy was contradicted the Republican principles on which the country was founded.

The Federalists believed that Napoleon was a dictator and should be opposed. England, they believed was a natural long-term ally. They saw foreign trade as the key to the economy and wanted a stronger central government and were willing to fund a standing army and Navy.

Jefferson believed if the U.S. imposed restrictions its merchants and dictated with whom they could trade, the warring European powers would accept his rules. They didn’t. England, through the Royal Navy was hell bent on cutting off supplies going to its enemies in Europe.

Some historians say that by the time Madison declared war on England in 1812, between 1,200 and 1,500 U.S. flagged vessels had been seized by King George III’s navy. If the Royal Navy didn’t take the ship to an Admiralty Court to sell the vessel and its cargo, it impressed – kidnapped is a better word – a significant portion of the crew. (See 3/6/2002 post – Impressment Is Kidnapping by Another Name – https://marcliebman.com/impressment-is-kidnapping-by-another-name/). If the British took just 10 men from each ship, that was 12,000 to 15,000 American citizens!

By 1808, the U.S. Navy that had performed so magnificently in the Quasi War and against the Barbary Pirates was a mere shadow of itself. Jefferson had reduced it to just three frigates and a slew of coastal patrol vessels designed and equipped more border patrol than fighting an enemy ship. (See posts – 1/23/2022 – Jefferson Takes a Budget Axe to the New U.S. Navy – https://marcliebman.com/jefferson-takes-a-budget-axe-to-the-new-u-s-navy/ and 1/30/2022 post – Jefferson’s Complicated Relationship With the U.S. Navy – https://marcliebman.com/jeffersons-complicated-relationship-with-the-u-s-navy/).

Thankfully, the frigates that were built under President Adams were not broken up but stored in what was known at the time as “ordinary.” Today’s word is mothballed. Madison would need all of them during the War of 1812.

In the Congress, the Federalists were adamantly opposed to another war with England. The Democratic-Republicans favored taking on England. Unknown to Madison and the Congress, while the debate over a declaration of war was being held, the British prime minister Spencer Percival was assassinated and Lord Liverpool came to power.

Perceval wanted the United States to join England in its fight against Napoleon. He wanted curb the western expansion into the Louisiana Purchase that he and his supporters saw the settlement as a threat to Canada.

Liverpool, on the other hand, favored a more practical relationship that encouraged trade rather than Perceval’s more nationalistic view. Within days after Perceval’s death, Liverpool gained the Regent (King George III was deemed mentally unstable) permission to rescind the policies that he viewed were about to cause a war.

By the time the ship carrying the repeal arrived in the U.S., it was too late.  On June 18th, the Congress voted to support Madison’s declaration of war. The War of 1812 was, many believe, America’s second war for independence.