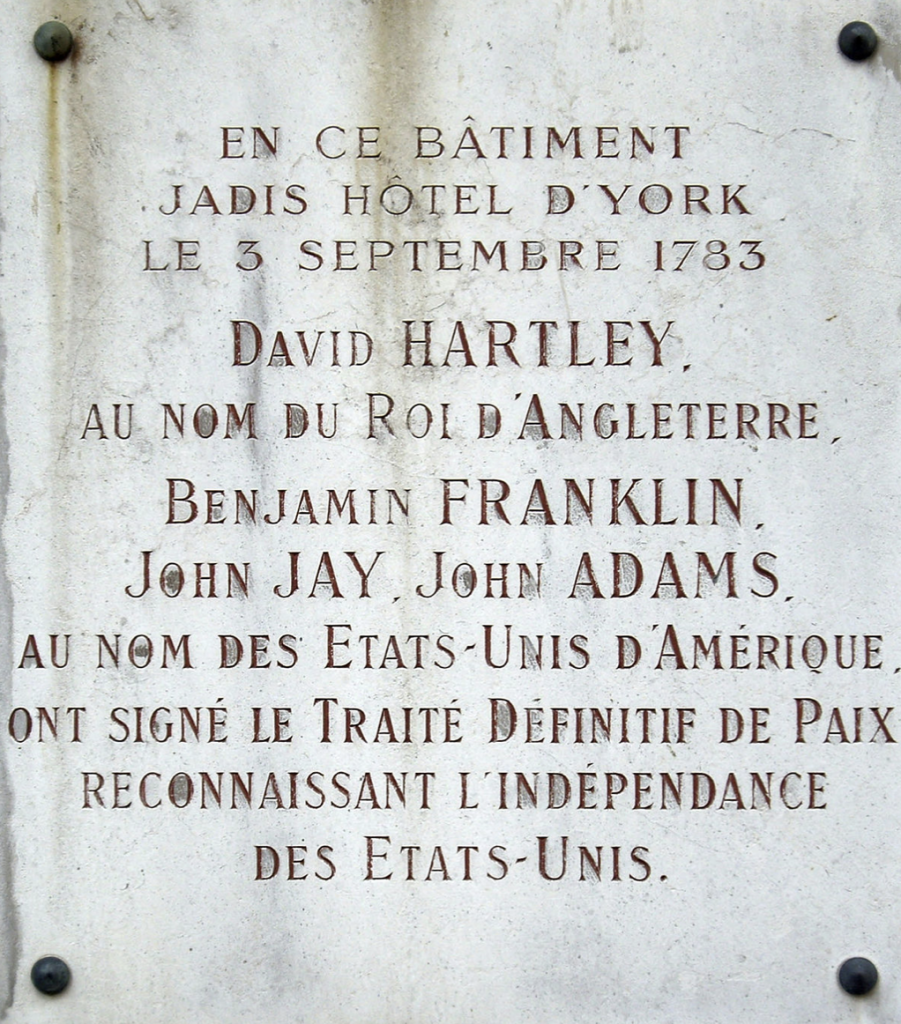 When negotiations began with the British in April 1782, the American team of Benjamin Franklin, John Jay and John Adams were diplomatic novices. Franklin’s experience in negotiating the Treaty of Alliance that bound France to the fledgling United States was the sum total of their experience. Yet, as things turned out, the United States and Great Britain were the clear winners.

With the siege of Gibraltar going badly for the French and the Spanish and British reinforcements sent to the Caribbean poised to hold existing possessions and recover the islands lost to the French, the British felt that they were negotiating from a position of strength. Lord Shelburne decided to let the French and Spanish sort out their demands for a peace treaty and focus first on a deal with the Americans.

Lord Shelburne believed that if the Americans had land to expand, they would be a huge market for English goods. Franklin’s proposal to give Canada to the U.S. was replaced by an offer of all British territory south of Canada based on its post Seven Years War boundaries, north of Florida and extending west to the Mississippi.

The issue of personal debts and property seized by both sides was a thorny problem for both sides. The British wanted any Loyalists who did not leave the U.S. protected from any legal action and the Americans wanted repayment for the destruction of property caused by the British Army’s scorched earth policy in the southern colonies.

What emerged were 10 points acceptable to the Americans, British and ultimately the French. In November 1782, after the French/Spanish attempt to seize Gibraltar failed, the French agreed to the terms hammered out by the Americans and the British of what is known as the Treaty of Paris.

A precis of the points follows:

The Treaty of Paris, one of four signed to end the war started at Lexington and Concord, was signed on September 3rd, 1783, ratified by the Continental Congress on January 14th, 1784 and went into effect on May 12th, 1784. Finally, we were independent.

Image courtesy of Wikipedia – Plaque in Paris on the building at 53 Rue de Jacob commemorating the date and place where the Treaty of Paris was signed.

Posted in American Revolution, Blog, Geopolitics and tagged By giving land to the U.S. England realized it would benefit economically