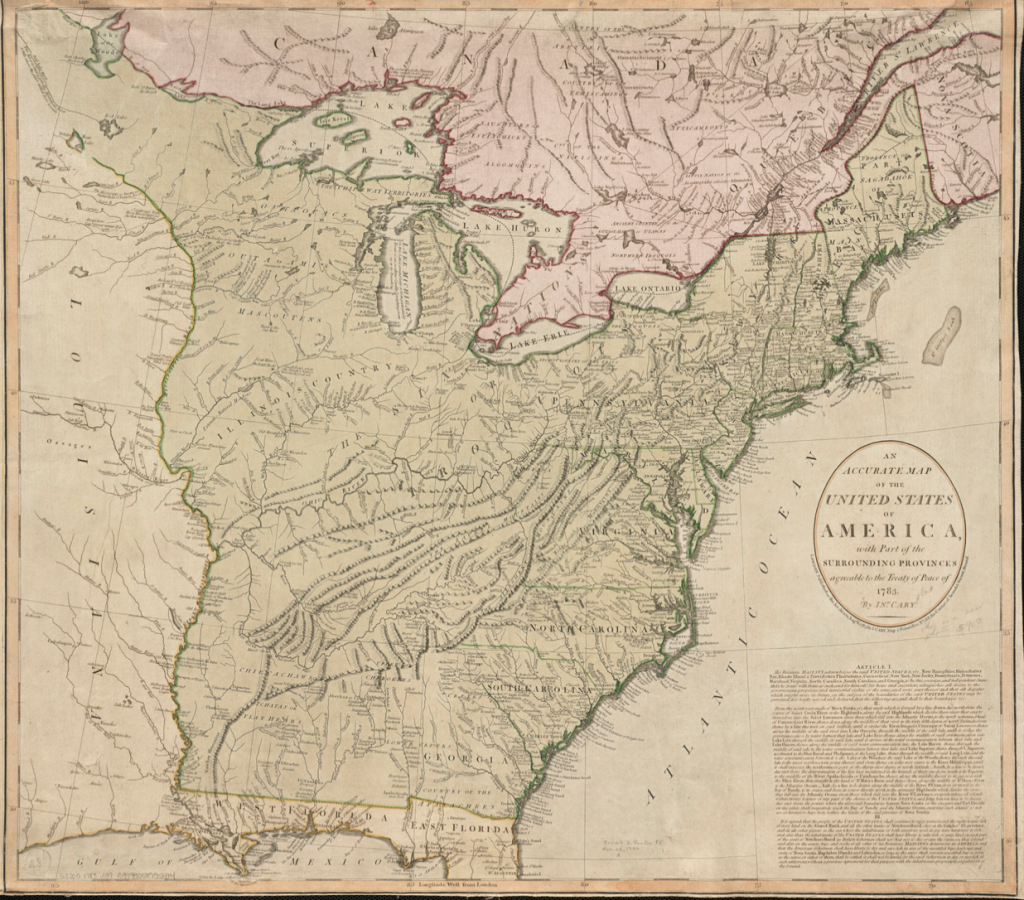 In the spring of 1782, Lord Rockingham and Lord Shelburne’s first priority was to seek peace with England’s four opponents – France, Spain, The Netherlands, and us. When negotiations began, the British knew France was almost bankrupt and had secretly signed the Treaty of Aranjuez with Spain which committed them to fighting England until Gibraltar and Menorca was recaptured and had opened peace talks with England. In doing this, the French had violated their agreement with Spain. (See post French Diplomatic Duplicity During the American Revolution- https://marcliebman.com/french-diplomati…rican-revolution/)

The American team of Benjamin Franklin, John Jay and John Adams did not know about the Treaty of Aranjuez nor the English/French talks when they officially laid out the conditions which had to be met before which they would agree to a peace treaty. One, total independence from England. Two, territory to expand westward. Three, property seized by England and Loyalists had to be returned along with compensation and freedom from any reparations paid to Loyalists for property seized during the war. Four, return of our POWs. Five, fishing rights off Newfoundland and in the Gulf of Mexico. The French, in the treaty that ended the Seven Years War, retained fishing rights of Eastern Canada.

The British diplomat sent to negotiate with the French suggested that if France wants to secure independence for the Americans as per the Treaty of Alliance, they could return English possessions taken during the war. Shelburne’s offer was rejected by the French. He did not know that Franklin had already proposed that Britain give Canada to the Americans.

By now, the Americans knew about the Treaty of Aranjuez and the British discussions with the French. Negotiations stalled even though Shelburne had agreed to full independence, a fact he did not share with his fellow members of the British government. Lord Rockingham sudden death disrupted the negotiations while Lord Shelburne put together a new government that he led as became prime minister.

By September 1782, the combined French/Spanish effort to seize Gibraltar had failed. This let the British and American negotiators continue peace talks while the French and the Spanish argued over what to next about their mutual commitments in the Treaty of Aranjuez.

Without the French at the negotiating table, the American and British negotiators hammered out agreements on several issues. The compromise over reparations was vague in that the new “national” American government would, under the Articles of Confederation, encourage the individual states to reimburse individual Loyalists.

The issue of territory was solved when John Jay proposed that England retain Canada based on its pre-Seven Years War boundaries and the U.S. be given all British territory in North America between the Atlantic Coast and the Mississippi south of Canada. The Americans wanted Florida but at the time, it was partly controlled by Spain and the British couldn’t include the land in the treaty. The British agreed to the American demands for land because they were based on the original territorial claims by the colonists when their colonies were granted charters by the English crown.

The teams weren’t finished negotiating, but by the fall of 1782, the framework for a peace treaty that would give the Thirteen Colonies full independence was well on its way, but there was still much more work to do.

Image – map of the U.S. as per the 1783 Treaty of Paris published in 1919 by the Modern School Supply Company.

Posted in Blog, Geopolitics and tagged The Americans had to overcome duplicity by both the French and the English to get to terms