HAC stands for Helicopter Aircraft Commander.  In the Navy, the HAC is responsible for the overall conduct of the mission.  Since both Josh Haman  (the main character Cherubs 2, Big Mother 40, Render Harmless, Forgotten, Inner Look, Moscow Airlift and The Simushir Island Incident) and Derek Almer (Flight of the Pawnee and the follow-on books in this series) are both helicopter pilots, I thought some my recollections of flying H-2s and H-3s might be interesting. This portion of the web site has material  that is probably not in books on flying or about those helicopters you’d buy and should give you more insight into the world that Josh Haman and Derek Almer lived in.

My Navy logbooks show that I have about almost 1,900 hours of rotary wing flight time in a variety of Navy helicopters.  About 100 of the total is divided between the TH-57A and the UH-1D that I flew as a Student Naval Aviator in the Training Command on my way to getting my wings.  The rest is split between about 900 in the H-2 series and 800 hours in H-3s.  This doesn’t include the other three thousand plus pilot-in-command hours in a variety of fixed wing aircraft.

My Navy flight time includes many hours of night, over water operations; flights over different types of terrain as well as flying in all sorts of ugly weather as both a co-pilot and as a HAC. Looking back through my log books, they are a blur of hand written entries of the:

That’s it. In the front of every Navy log book, there are four pages of different flight purpose codes and instructions on how to assign them to a particular flight.  One – 4R8 the flight purpose code for a night instrument rescue of personal in or out of a hostile fire area – does nothing to convey what happens in the cockpit much less in the back during a combat rescue.  There’s no place for notes or brief narrative of what happened in one’s official Navy log book.  All the details are supposedly kept in separate reports, none of which I kept because they were often classified or buried in messages containing statistics, maintenance information, parts orders, etc.

The information, including the flight purpose code, fills the pages in three colors of ink – black or dark blue for daytime sorties; red for night frights, err flights; and green for combat missions.  This data is great for generating statistics but doesn’t begin to describe my experiences.  Nor can the raw numbers relate to the many hours I spent scaring the hell out of myself and crew learning how to descend to a stable, steady hover 40 feet at night above water that you can’t see and knowing that if one of the engines burps or you have any significant mechanical problem, you are going to get wet and maybe drown.

And yes, the Navy still records flight time in log books.  My son who got his Navy wings in 2002 has a log book that has the same dark blue cover and gold ink that fades over time.  It looks just like mine, even with the embossed plastic strip with your last name, first initial and Social Security number stuck to the spine.

The logbooks did serve one purpose. When the National Naval Aviation Museum in Pensacola announced that it was restoring an H-2, I looked up the bureau number. Lo and behold, I flew that helicopter as an UH-2C for 124.4 hours.

So what will follow in this section are some of my many memories of flying these helicopters, jogged by what is in my log books and by flipping back through the NATOPS (Naval Air Training and Operations Procedures Standardization) manuals that I kept over the years.  The comments that follow are mine and mine alone.  If you want me to answer specific questions about any of these helicopters, please e-mail and I’ll add stuff to this section or cover it in the blog.

How I became a helicopter pilot

Like every Naval Aviator before me, I arrived in Pensacola to report to the training command in June, 1968 right after I earned my college degree. The instructors in what…

The Navy installed what was known as a “Gold Stripe” engine that had an extra 250 horsepower in a few A/B’s flown by HC-7. This alleviated some of the power,…

The H-3 is the Chevy Suburban of helicopters. It is adaptable, functional, and for its day, pretty reliable. The H-3 is or was flown by the armed forces of 15…

Flying my most favorite airplane of all time, the T-28

Meeting a T-28 You didn’t climb into or onto a T-28, you mounted it. This was no ordinary trainer. Walking up from the front, there was a twelve foot diameter…

In 1961, as a reaction to a climbing accident rate and the increasing complexity of the aircraft and helicopters flown by the Navy, the service instituted a program which we…

In the training command, we were issued three olive drab Nomex flight suits. The design of the Nomex fabric kept it from absorbing jet fuel and wouldn’t burn for at…

Several times in earlier sections of this web site, I mentioned the need to grease the bearings and other parts of the helicopter on a regular basis. Back in the… 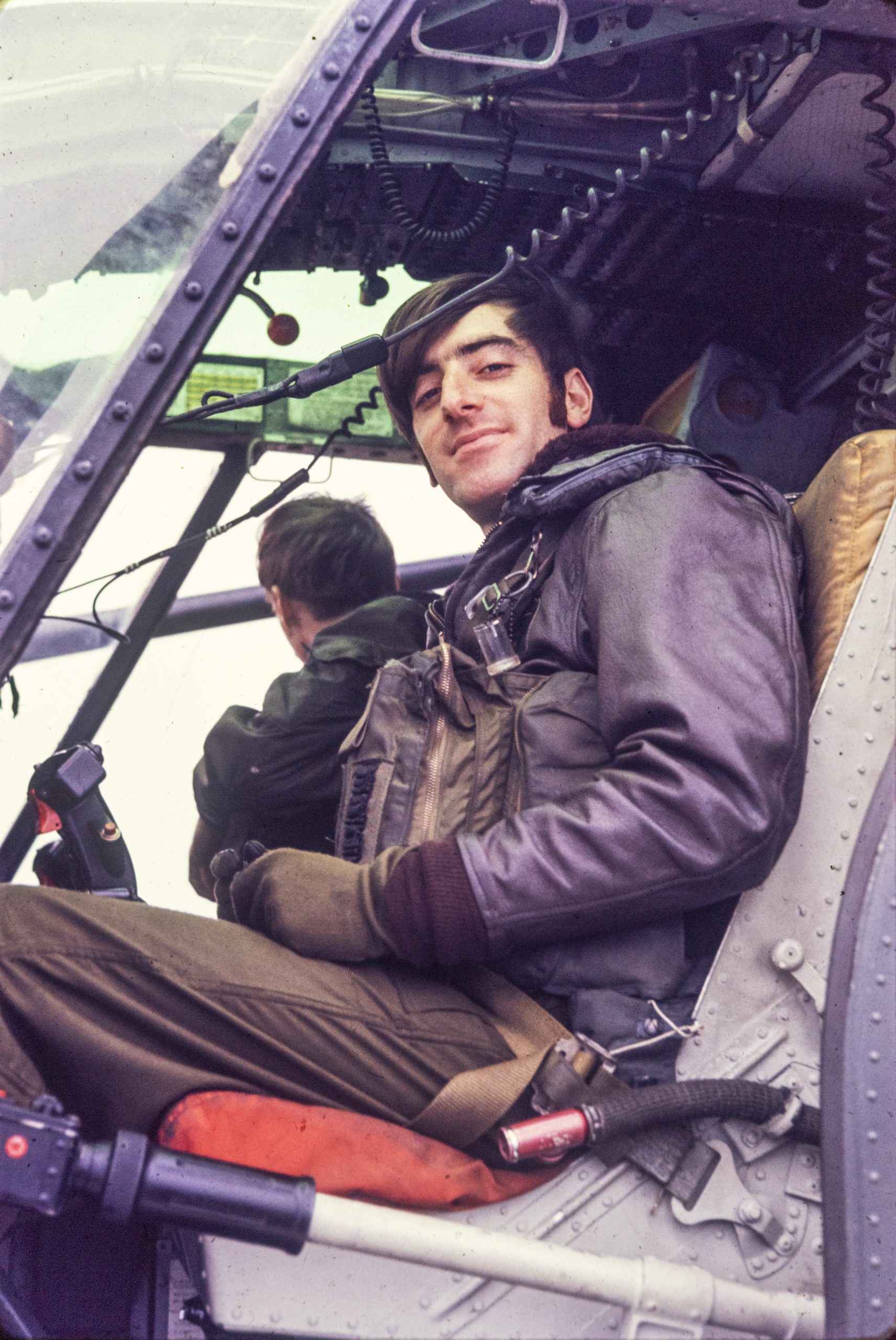