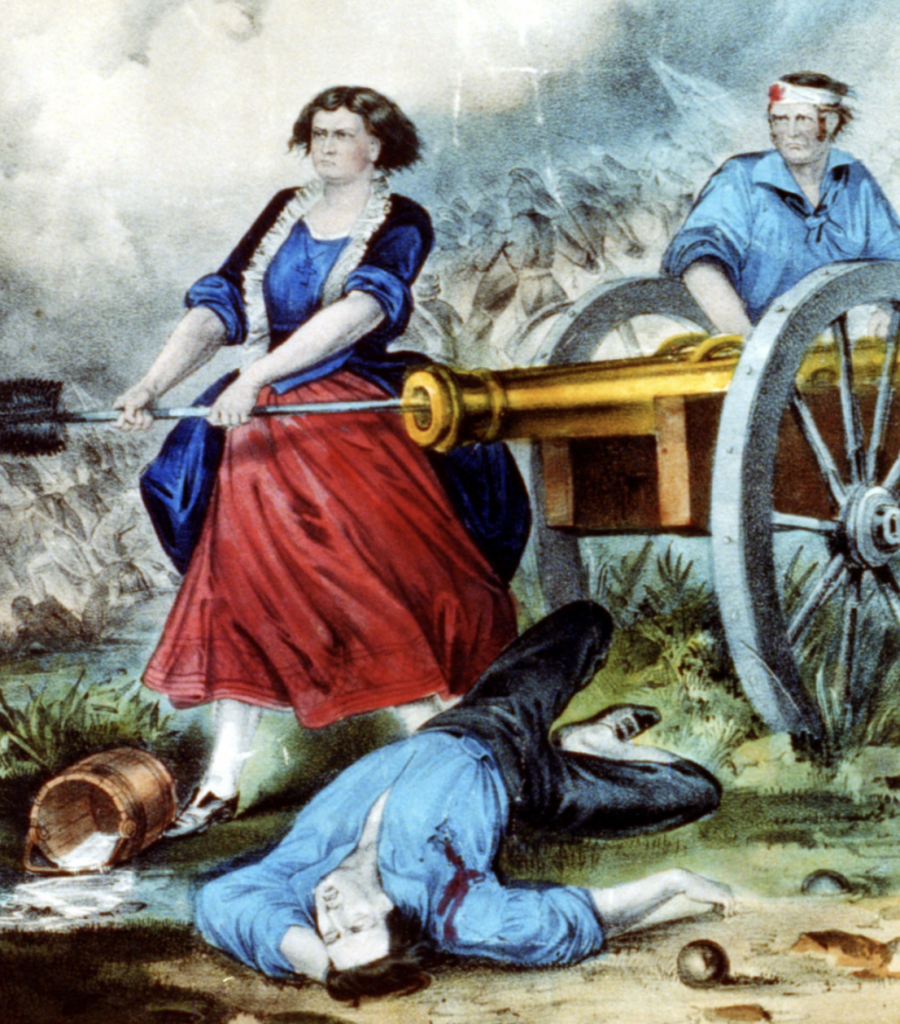 In 1994, President Clinton rescinded the rule that prevented women from serving in combat support roles. This change allowed women to fly combat aircraft and serve on ships such as aircraft carriers, destroyers, and cruisers. Submarines and special forces were still off limits to women until 2013 when Secretary of Defense Leon Panetta eliminated this restriction. Women could now serve in direct ground combat roles, such as infantry and armor and yes, submarines. They were also allowed to qualify for the SEALs and Green Berets.

While this was an important change, it wasn’t the first time American women served in “direct combat roles.” During the American Revolution, many women served in line infantry and artillery units. The exact number of women is unknown, but there is enough of a historical record to suggest there more than just a few.

To do so, they had to disguise themselves as men because the “norms” of the day held that woman were not fit for combat. Those that enlisted were more afraid of being found out if they were wounded or became sick than of being killed.

Such is the case of Deborah Sampson. She enlisted in the 4th Massachusetts Infantry Regiment in 1782 as Robert Shurtliff. In a skirmish north of New York City, Shurtliff/Sampson was hit in the thigh by two musket balls. A third grazed her head. Taken to a field hospital, she was afraid she would be “found out” so she limped out. That evening, Sampson used a pen knife to extract one ball and sewed up her thigh with a needle and thread. She could not get the other ball out and Sampson’s leg never fully healed.

A few months later, she became sick and the doctor who treated her promised to never reveal her identity. After the war Deborah Sampson received an honorable discharge signed by none other than Henry Knox, the future Secretary of War. After the war, she bore three children before dying in 1827.

Many have heard the story of Molly Pitcher. Most historians believe the woman in the center of the story is Mary Ludwig, the wife of William Hays, who was a member of the 4th Pennsylvania Artillery. They also agree the Molly Pitcher story may be a composite of several other women in addition to Mary Ludwig Hays

Mary Ludwig Hays suffered through the 1777-1778 winter at Valley Forge where she was a camp follower. There she helped nurse sick soldiers. At the Battle of Monmouth which took place in hot, humid weather in June 1778, Molly Pitcher was carrying buckets of water to men of the 4th Artillery when she noticed a gun not being fired. She joined the crew and helped get the cannon back in action.

In his memoir of the American Revolution, Jacob Plumb Martin who was at the Battle of Monmouth and saw the battery firing noted that a woman helped serve a gun by loading and ramming powder cartridges and cannon balls into the barrel. In his memoir, Martin stated that a British cannon ball passed between her legs carrying away the lower half of her petticoat. Unfazed, the woman continued serving the gun. Martin made no mention of her husband being wounded or of her carrying buckets of water. Mary Ludwig passed away in 1832.

Deborah Sampson and Mary Ludwig are just two of many women who served in direct combat roles in the Continental Army. They began the proud tradition of women in the U.S. military. Today, they are fighter and helicopter pilots, infantrywomen, combat medics and much more. It just took us awhile to get them back on the front lines.

Image is Currier and Ives painting, Molly Pitcher, Heroine of Monmouth, courtesy of the Library of Congress.

Posted in Army, Blog and tagged Molly Pitcher using a rammer at the Battle of Monmouth