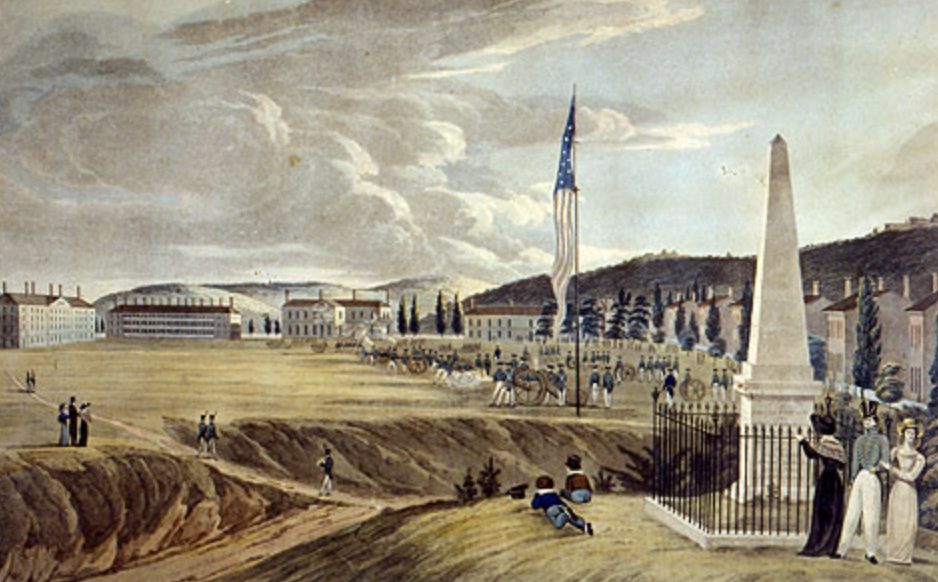 While the two Militia Acts of 1792 were a response to the Whiskey Rebellion, they laid the foundation of what we know as the Army National Guard and Reserve we know today. Among other things, the Militia Acts of 1792 and then again in 1795, the law required the state militias to be organized in companies, battalions, regiments and divisions.

They also required members of the militia to provide their own arms and specified that each militia member had to provide his own musket, bayonet, flints (back in the late 18th Century, flintlock muskets were state-of-the-art weapons), two spare flints, a box that could contain 24 cartridges, and a knapsack. The acts also gave the power to require every male between the age of 18 and 45 to join the militia.

However, there were still some issues that needed to be resolved. One was the conflict between the state governors and the president as to who could “call up” the militia and under what circumstances. This would not be fully resolved until the Militia Act of 1903. The contents of that far reaching legislation is beyond the scope of this post.

Once he took the oath of office on March 4th, 1801, Thomas Jefferson decided that the U.S. military was “too large.” Worse, its members were largely members of the Federalist Party. Jefferson was the head of the Democratic-Republicans (now known as the Democratic Party) which meant as Federalists, by and large, they did not vote for him and had the power to oppose him.

To be fair to Jefferson, all the Founding Fathers feared a large standing military that could overthrow not only the duly elected government but all the freedoms that they had fought so hard to achieve. Nowhere in any of the famed Federalist Papers nor in any correspondence by the Federalist Party leaders do they propose or plan a coup. However, Jefferson believed the Federalist officers (but not the Democratic-Republicans) were a threat to his power and programs and he wanted to purge the Army’s leadership.

Jefferson pushed Congress pass what is known as the Military Peace Establishment Act of 1802. The legislation, which has 29 clauses set requirements for pay, rations, clothing, pensions, healthcare for wounded soldiers, standardized ranks, etc.

In Article 27, Congress directed the U.S. Army to create a military academy situated at West Point to train officers, particularly, engineers. During the Revolutionary War, the Continental Army didn’t have engineers who knew how to design fortifications, build bridges, etc. Creating the academy was an attempt to rectify the situation. The first students at the United States Military Academy arrived at West Point in the spring of 1802. Some historians believe this was a sop to pacify the officer corps because the Military Establishment Peace Act proposed reducing the size of the Army from four infantry regiments to two, and two regiments of artillery to one, all supported by a small group of engineers.

Jefferson never made all the cuts. Opposition from the Federalists and the reality of having to defend U.S. Citizens pushing westward forced him to acquiesce to keep the Army at what was its current size.

West Point, on the other hand, has become one of the premier educational institutions in the country as well as one of the top military schools in the world.

Painting from the U.S. Military Academy collection of the academy circa 1828.

Posted in American Revolution, Army, Blog and tagged Need for engineers drove jefferson to order the formation of the U.S. Military Academy