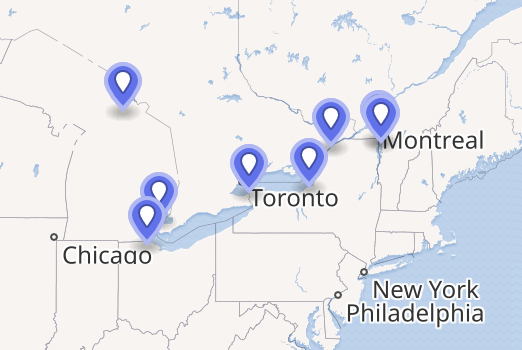 While the Treaty of Paris was signed in 1783 gave birth to the United States of America as an independent nation, the document didn’t resolve all the differences between the two countries. When the negotiations began in 1793 of what became the Jay Treaty, the U.S. had been independent for nearly 10 years.

After King Louis XVI had been deposed, French royalty spread out over Europe to garner support to put their king back on his throne by force. Their efforts led to French Revolutionary Wars which began in 1792 and lasted until 1802. Seeing a chance to weaken a traditional enemy, England again went to war with France.

Our Founding Fathers didn’t want another war with England but there at least five major issues that still needed to be resolved. One, the British promised to abandon their forts in the Northwest Territories and stop inciting the Indian tribes against the new country. Two, return the 300+ merchant ships the Royal Navy had seized in 1792 and 1793 and return the seamen who had been impressed into the Royal Navy. Or provide pay the ships’ owners.

Three, planters in the southern states wanted compensation for the slaves who escaped and were taken to British colonies at the end of the war. Four, U.S. merchants wanted the ability to trade with the British colonies in the Caribbean. Fifth, the border between the U.S. and Canada needed to be “more accurately” defined.

The Democratic-Republicans (the forerunner of the modern Democratic Party) led by Thomas Jefferson opposed any discussions with England and wanted a closer relationship with France. They were willing to risk another war with England even though U.S. trade with England alone was growing exponentially.

Unfortunately, for Jefferson and his followers, the Federalists under George Washington and John Adams, had a majority in Congress and held the presidency. Led by Treasury Secretary Alexander Hamilton, the Federalists favored closer ties with England. Washington was willing to sacrifice much of his political capital and goodwill to achieve what he believed were the countries’ objectives without a war.

John Jay was sent to England to negotiate with the British. As an opponent of slavery, Jay didn’t push for compensation for the slaves who left nor did he win compensation for the lost ships. What he did get was agreement to vacate the forts by June 1796 as well as most favored nation trading status with England and its colonies along with the formation of a joint boundary commission to finalize the U.S./Canadian border.

In Congress, the Democratic-Republicans pulled out all the stops to prevent ratification of the Jay treaty. The fight became very ugly. Jefferson and his allies published articles about Washington and Adams that were, besides insulting, not true. Congressman Fredrick Muhlenberg was stabbed because he voted for the treaty.

The Democratic-Republican’s opposition was based not on foreign policy differences, but political power. They wanted control of Congress and the presidency. In the election to replace Washington, Adams won decisively and the Federalists retained control off the Congress.

The sad part of the divisive debate over the Jay Treaty was that it ruptured the long-term friendships among Thomas Jefferson, James Madison, and George Washington. After the vote to ratify, Washington never spoke with either Jefferson or Madison again.

Martha Washington later wrote after her husband died that the debate over the Jay Treaty took at least two years off her husband’s life. She added that the worst two days of her life were when George passed away and Jefferson was elected president in 1800.

Map shows the location of the eight British forts, six on the U.S. side of the Great Lakes and two at the northern end of Lake Champlain in modern Vermont.

Posted in American Revolution, Blog, U.S. Politics and tagged Ratification of the Jay Treaty was not about foreign policy but a fight over domestic agendas