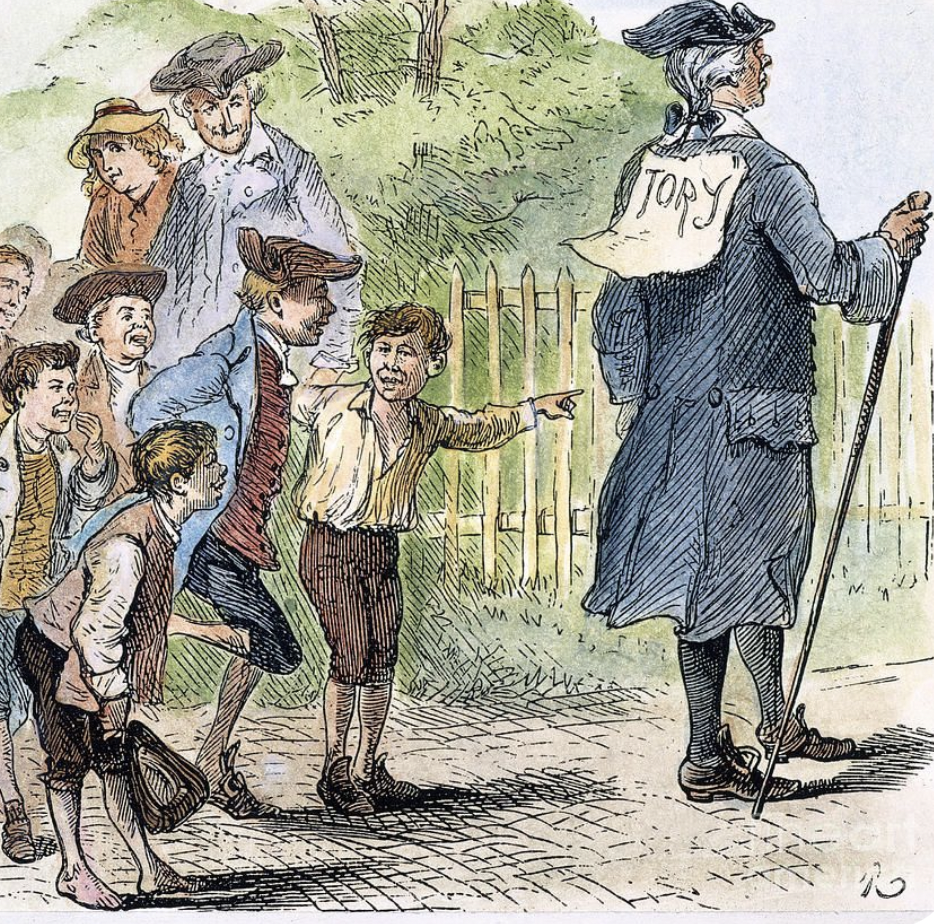 Once the Treaty of Paris became effective on May 12th, 1784, the Second Continental Congress now faced the challenge of enforcing its terms. The Articles of Confederation did not give the Congress any administrative powers to enforce any treaty or levy taxes or even sue the member states. Under the articles, all the Congress could do is “request” the member states follow its guidelines or wishes. In other words, it was powerless.

One sticking point during negotiations with the British was how the U.S would treat both the Loyalists a.k.a. Tories who remained in the country and those that left. The Treaty of Paris required the Continental Congress to “earnestly” protect the rights of the Loyalists and return any confiscated property. Plus, the new country agreed not to take any legal action against Loyalists.

That concept might have been the desire of John Jay, John Adams, Benjamin Franklin and Henry Laurens as they negotiated the treaty for the U.S., but reality back in the U.S. was different. Animosity toward Loyalist ran high because those who fought for independence saw them as traitors even though all that remained swore allegiance to the new United States.

In states where there was either a large British occupying force – New York, Charleston, Savannah – or where the British Army destroyed farms as a means to disrupt the economy – Virginia, North and South Carolina – feelings against Loyalists ran high. Sometimes by mob rule and sometimes through legal action.

For example, in direct violation of the Treaty of Paris, New York passed the Trespass Act in 1787 that allowed its residents to sue Loyalists for damage to their property. Virginia passed laws that prohibited its citizens from paying debts to British creditors or Tories. These violated Article 4 of the treaty which stated that all contracted debts were to be paid in full by both sides.

As you can imagine, the British were not happy. However, they too violated the terms of the treaty by not evacuating all territory granted to the United States. Irritated by the U.S. failures to keep its side of the bargain, the British kept troops in seven forts inside the boundaries of the new country. Three were in the State of New York – Fort Niagara, Fort Ontario and Fort Oswegatchie. Two were in what would become in in 1827, the State of Michigan. One was on Mackinac Island and the other was a complex of two forts – Lernoult and Detroit – near each other.

In what would become the State of Vermont but was now the Republic of Vermont whose territory was claimed by the State of New York, there were two forts – Fort au Fer and Fort Dutchman’s Point. (see blog post on 7/19/2020 – https://marcliebman.com/the-republic-of-…tate-of-new-york/). Both were on the shores of Lake Champlain. Fort Miami on the Ohio River was the seventh fort.

When the Jay Treaty (see blog post on 6/20/2020 – https://marcliebman.com/the-jay-treaty-a…national-dispute/) was negotiated in 1794, the British agreed to leave and actually did vacate these forts. However, for 10 plus years, British troops were on U.S. territory agitating the Native Americans against the winners of the Revolutionary War.

Posted in American Revolution, Blog, U.S. Politics and tagged Enforcing the Treaty of Paris demonstrated the need for a strong Federal government