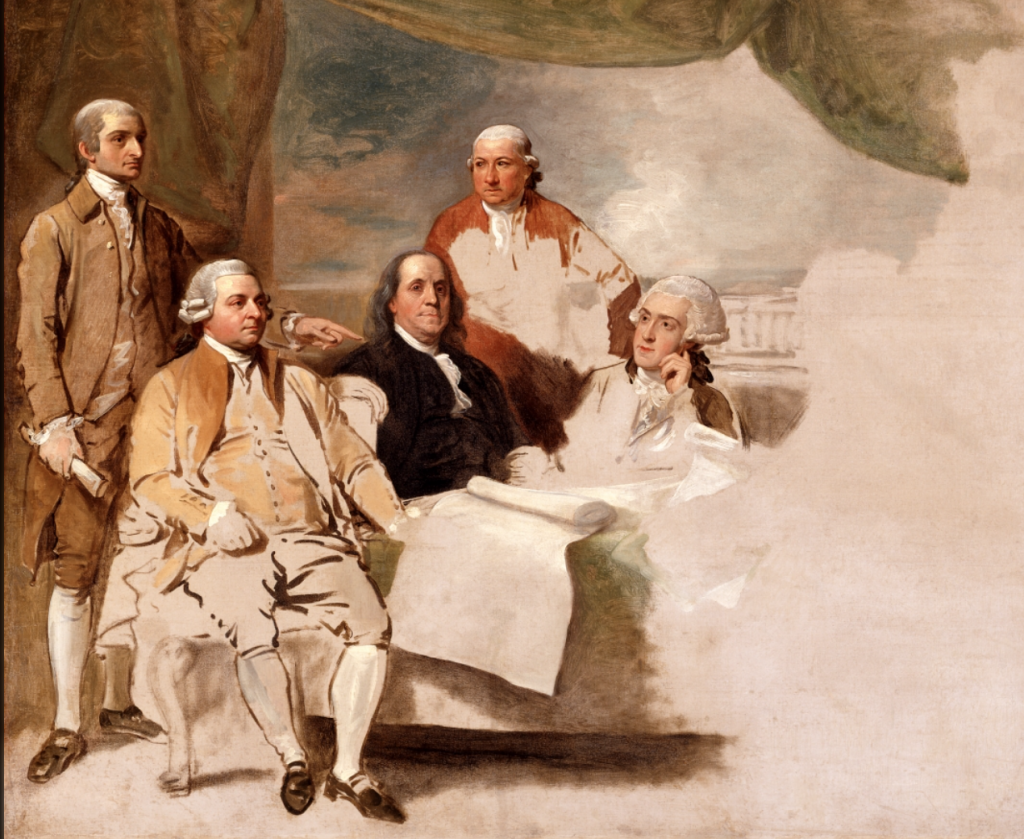 If most people are asked what was the last battle of the American Revolution, the answer is often Yorktown. It wasn’t.

Cornwallis and approximately 8,000 men surrendered on October 19th, 1781. Peace negotiations didn’t begin until April 1782 and the actual Treaty of Paris wasn’t signed until September 3rd, 1783. So, what happened in the interim?

After Yorktown, the British Army didn’t have the manpower to conduct a major ground campaign in the colonies. The British were left with three enclaves New York, Savannah, Charleston.

In the south, General Greene continued his drive to confined the British Army to the two southern ports. Elsewhere, local militias supported by Continental Army units battled British Army units aided their Native American allies, such as the Iroquois and Cherokee.

Outside the Thirteen Colonies, the war continued unabated. There were many naval actions between the Royal and French Navies, amphibious landings and land battles. The British retook the island of St. Kitts. The fighting on the Indian subcontinent raged on with the British recapturing all of Ceylon (now Sri Lanka).

In February 1783, the Spanish finally gave up after failing to re-capture Gibraltar after laying siege to the British base for four years. The French raided British forts on Hudson Bay in Canada during the summer of 1782. The Spanish captured the Bahamas in May 1782 and Loyalist forces from British Florida re-took the island chain in April 1783.

In all, 47 skirmishes and/or battles on land or naval actions took place between October 19th, 1781 and April 1783. Of the 20 naval battles, five were in North American waters; eight were in the Caribbean or Gulf of Mexico; three in waters around India; and four were off the French or Spanish coasts.

On land, there were 27 battles were fought in the same time frame. Five occurred as the British and French tried to take each other’s islands in the Caribbean. Three battles were fought in Canada and the same number in Central America; four in India and 11 in six (Ohio, New Jersey, New York, South Carolina, Virginia) of the Thirteen Colonies. Only one, the Spanish siege of Gibraltar took place in Europe.

History shows that the American Revolution had far reaching consequences for Louis XVI whose reign ended in 1789. Spain never regained its position as a world power. England, despite its defeat in North America, emerged stronger and wealthier.

Image (courtesy of Wikipedia) is the 1783 Painting by Benjamin West shows the U.S. delegation, from left to right, John Jay, John Adams, Benjamin Franklin, Henry Laurens and William Tempe Franklin. The British negotiators refused to sit for the painting which was never completed.