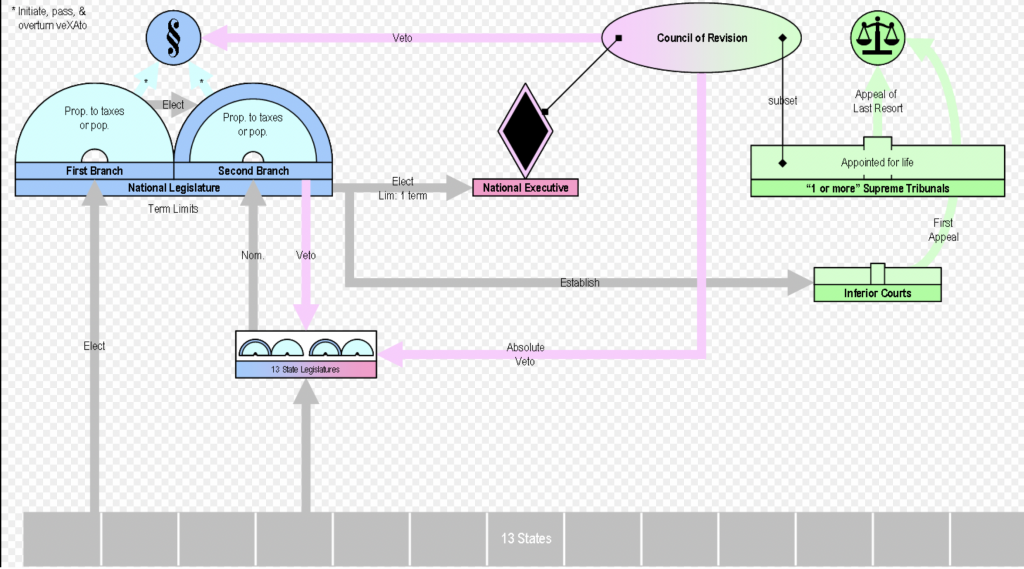 When the 55 delegates met at what we now call Independence Hall in Philadelphia on May 14th, 1787, everyone in the room knew that the Articles of Confederation were unworkable. Economically, the country was deep in debt to France, Spain and The Netherlands and the Continental Dollar had, to be polite, little value. States were issuing their own currency which was worth even less.

The states refused to provide money to the central government. Under the Articles of Confederation, the Continental Congress, now known as the Confederation Congress, could not regulate either interstate or international commerce. There was no executive or judicial branch of government so the Congress had no means to enforce laws.

Many of the delegates arrived thinking that they would attempt amend the Articles of Confederation. All that ended when, on May 30th, when Gouveneur Morris of New York stood up and said, “A national government ought to be established consisting of a supreme Legislative, Executive and Judiciary.” His words led to an agreement that the Articles of Confederation needed to be replaced, not modified, and opened the door to bringing forward competing plans.

The Pinckney Plan, named after Charles Pinckney from South Carolina, contained a bi-cameral legislature. The House of Delegates would have representatives from each state. The members of the Senate would be elected by the House of Delegates from four regions that crossed state boundaries. Under Pinckney’s plan, the legislature would elect the president who would, like the senators, serve four-year terms. The President and his cabinet would have veto power and there would be, under a separate judiciary.

While the debate over what to do with the Articles of Confederation occupied the members of the convention, Madison sketched out his ideas which became the Virginia Plan. In it, Madison wanted to ensure that any new government would not suffer from what he called the “tyranny of the majority.” He also wanted a strong central government that would not be dominated by any one faction.

Edmund Randolph, the governor of Virginia, presented Madison’s 15 principles. They quickly gained favor with the delegates and provided the basis of the document that Madison and Jefferson wrote and that ultimately became the Constitutional convention.

During the convention, other plans emerged. One was Alexander Hamilton’s plan based on the British model of government but without a king. It was quickly dismissed and later became the foundation of the Democratic-Republican’s charges that Hamilton was a monarchist.

When one reads Constitution, the writing is clear, concise, even at times terse. Two things are remarkable about the Constitutional convention.

One, it took only 126 days to create consensus on a form of government that had never been tried before.

Two, the document has stood the test of time. It has been amended only 27 times, including the ten amendments in the Bill of Rights.

We can never thank our Founding Fathers enough for creating the basis for the greatest country on this earth.

Diagram of the Virginia Plan, courtesy of Publius97.

Posted in Blog, U.S. Politics and tagged Four plans were put forward for the Constitution