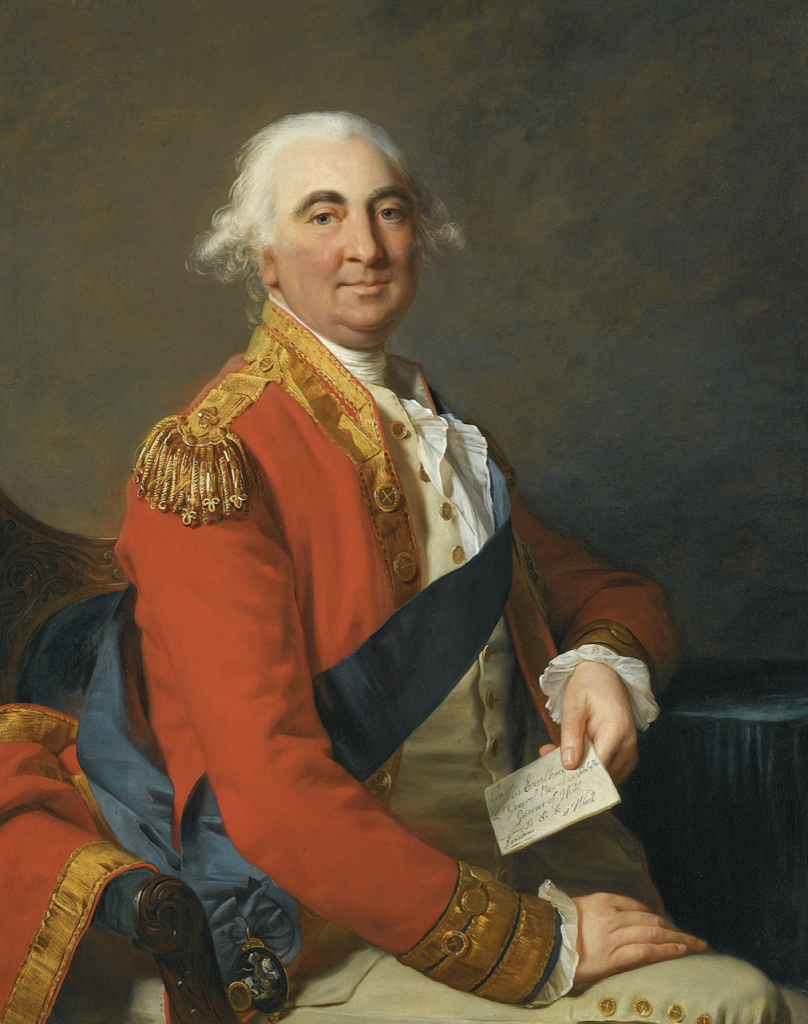 Cornwallis surrender at Yorktown occurred in October 1781. Four British Prime Ministers (North, Rockingham, Shelburne and Cavendish) and 23 months later, the nascent United States and the Great Britain agreed to a peace treaty. The path from defeat to treaty had twists and turns of plot of a novel.

At first, Britain wanted the new country to remain part of the British Empire which would give Parliament some control through a “Royal Governor.” The Americans, Benjamin Franklin, John Jay, Jon Adams, and Henry Laurens wanted no British influence on their new country. If Britain didn’t grant full independence, then the fighting would continue, as it did in North America and Central America, the Caribbean and India.

Shelburne didn’t bother to tell his King or Parliament that he’d agree to full independence of the Thirteen North American colonies until near the end of the negotiations. This revelation almost torpedoed the treaty. What held sway in Parliament was Lord Shelburne’s economic argument that England would benefit from an economically strong United States which would be neutral or an “ally” against their traditional enemy, the French.

Remember that by the time the American Revolution started in 1775, England had been at war with the French for most of the 18th Century. In the Seven Years War, soundly defeated their traditional foe.

Lord Shelburne was also a “free trader.” He was the great-grandson of William Petty who first described what we know as “laissez faire” and believed governments shouldn’t intervene in their country’s economies. His views were further influenced by his conversations with the Scottish philosopher David Hume and the economist Adam Smith.

So it is no surprise that with this background, Lord Shelburne saw the economic potential of the new United States of America. Which is why he advocated giving the new country all the land claimed by the Thirteen Colonies south of Canada from the Atlantic to the Mississippi.

But, make no mistake, Shelburne’s vision for the U.S. was very colonial, or British empire driven. He saw the new country as rich in raw materials with huge potential. He believed the new country would continue to supply with raw materials (cotton, flour, tobacco, indigo, etc.) to England which would then manufacture them into finished products that could be sold throughout its empire.

Lord Shelburne’s vision turned out to very accurate. The United States refused to take sides in during the 23 years of war between Britain and France that started in 1792 and ended at the Battle of Waterloo in 1815. The war-torn U.S. economy quickly recovered and supplied England as well as other customers in Europe with an ever-expanding range of products and raw materials.

What Lord Shelburne did not envision was the economic powerhouse that the United States became in the 19th Century during the Industrial Revolution that carries on to this day. For that, we have to thank Lord Shelburne for his vision and courage to drag his country’s leadership kicking and screaming into the Treaty of Paris.

Image is the official portrait of William Petty, 2nd Earl of Shelburne, a.k.a. Lord Shelburne

Posted in Blog, Social and Economic and tagged Lord Shelburne's vision for the new U.S. put us on the road to becoming and economic powerhouse