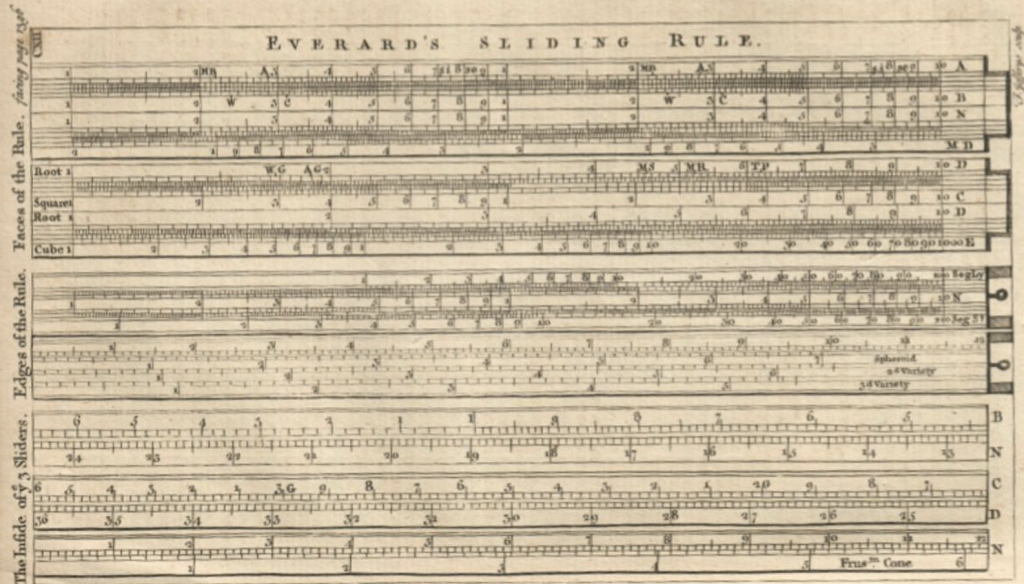 When was the last time you added a column of numbers on a sheet of paper without a calculator? Or did long division? For most of us, it has been a long time because today, we use a computer. Many of us take the applications for granted.

So, try to imagine you’re back in the late 18th Century where there is no electricity much less computers or internet. Math – all of it – is done by hand, so to speak. What you have as tools is paper, a quill pen, a bottle of ink and a blotter to pat the ink dry.

Let’s take this analogy further and assume you are a ballistician in England in the late 1790s. The War of the First Coalition is raging in Europe and in 1796 the French Revolutionary Army under an unknown general by the name of Napoleon Bonaparte has invaded Northern Italy and taken Milan.

Your task is to update the gunnery tables used by the Royal Navy and British Army’s artillery units to determine range of different types of ammunition from each type of cannon. The tables you produce will be used by gunners in the field or officers on the pitching and rolling deck of a ship. The data given to you – weight of the shot, muzzle velocity, air resistance (drag), effect of gravity on the cannonball on the way to the target, amount of powder used, temperature, humidity, etc. – make the formula complex.

You don’t have to invent formulas the science of ballistics used to calculate the flight of an object in the air were developed for you by Sir Isaac Newton. All you must do is the math.

Again, you have no computer, no applications into which one enters the data. Do you have any tools that can help you with these logarithmic equations?

What else might be on your desk? One item may be a book of logarithmic functions for sines, cosines, tangents that may also contain tables of differential equations and integrals. And, if you are lucky, the book other useful tables that go out to two or three decimal points.

Off to one side, there is a new-fangled tool called a logarithmic slide rule. The first ones were invented in the 1620 by William Oughtred, an English mathematician. Over time, they were improved. By the late 1700s, yours would have been made from wood. There were several iterations and the first modern slide rule as we know it was invented in 1859 by a French artillery officer by the name of Amédée Mannheim.

Those of us who studied math and engineering in the 50’s, 60’s, and 70’s before the advent of the calculator in the computer learned how to use a slide rule that was an improved version of Mannheim’s. Really good Aristo or Deitzgen multi-log slide rules were an expensive necessity. So was the book C.R.C. Mathematical Tables. My Aristo Multilog slide rule is in my desk drawer and my C.R.C book is the 1964 edition and has all kinds of useful tables that I occasionally use.

The slide rule, either circular or linear, may be obsolete, but when the network is down, and your laptop is out of juice, it will still work. Calculations will take longer and if you are good you can get to three decimal points. So the question is, how many of you can use a slide rule?

Image is the drawing for a slide rule from 1743.

Posted in Blog, Miscellaneous and tagged Slide rules helped engineers as far back as the 1620s