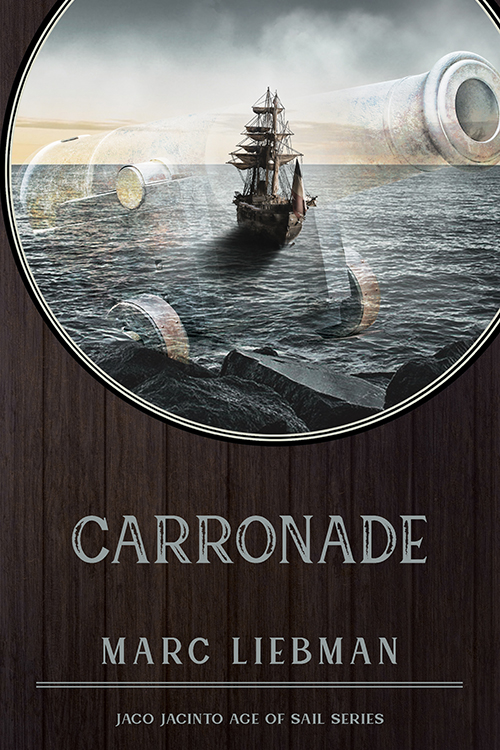 1778 – The American Revolution is in its Fourth Year

Even though France sides with the Americans, the issue is still in very much in doubt. The Continental Congress is struggling to find money to fund the war. The British have turned their attention to the southern states while loyalists are numerous and influential. In December 1778, Savannah falls to the British but on the high seas, Britain’s sovereignty is being challenged, prize by prize. Jaco Jacinto and Scorpion are disrupting British Commerce. Royal Navy captains fear any encounter with the small rebel frigate that outsails and out guns their ships of comparable size. A task force consisting of three ships led by H.M.S. Dilletante, a two-decker armed with 50 newly cast 24-pounder carronades is sent to bring Scorpion to heel.

In England, Jaco’s friend Darren Smythe is now caption of Gladius, a frigate armed with twenty 12-pounders. When Dilletante fails to crush Scorpion, Smythe is given command of a small squadron. His sailing orders – sink or capture Scorpion. If the seas are becoming dangerous territory for Jaco. The fighting on land is going no better. Southern Loyalists would like to see him captured and hanged. Further north, there is Edmund Radcliffe, a disgraced Naval Officer with a thirst for bloody vengeance.