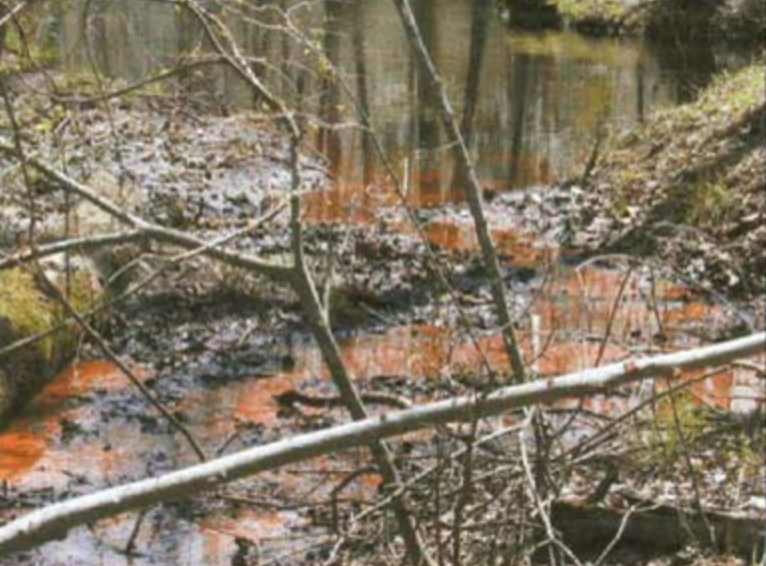 When one thinks of the U.S. steel industry, images of large vats of molten iron ore in huge plants comes to mind. It didn’t start out that way. Colonists needed products made from iron and ordering them from England was a time-consuming process.

Iron making began in 1608 when a ship from the Jamestown Colony in Virginia shipped a load of iron ore back to England. An expedition was put together to create the Falling Creek Iron Works in 1619. This facility had all the attributes for a successful 17th Century mill – deposits of iron ore, abundant supplies of wood, running water and access to the sea.

The mill stopped production abruptly in 1622 when the Powhatan Indians raided the works and killed all but two of the workers. The Falling Creeks Iron Works was lost to history until the site was discovered in 2006.

Small iron ore deposits were found near the surface in Massachusetts and New Jersey but were quickly played out. What was plentiful was a source of ore called bog iron. Found in streams, along rivers and in swampy areas, the iron rich soil tinted the water reddish-orange color as shown in the image at the top of this post.

Turning the dirt containing the ore from bogs into pig iron was a simple process. All one needed was heat which wasn’t a problem with the dense forests of Colonial America. Impurities in the ore were either burned off or separated from the mixture which was poured into molds. When the molds cooled, the blocks or balls of pig iron could be easily shipped for further processing.

By the mid-18th Century, iron mills in the colonies were shipping pig iron “billets” to England at about half the price English iron mills paid for ore from Sweden and Russia which were at different times, enemies. To further reduce the costs of pig iron to mills in England and reduce English dependency on Swedish and Russian ore, Parliament passed the Iron Act of 1750 that eliminated any duty on iron imported from the Thirteen Colonies.

The bill was one of the Trade and Navigation Acts that was supposed to promote manufacturing in England. The theory was cheap raw materials would be brought to England where they were turned into manufactured goods to be sold abroad at a healthy profit.

The Iron Act also forbid mills in the colonies to roll and hammer iron into sheets as a way to limit the Thirteen Colonies’ ability to produce arms that could be used in a rebellion against the King.

The Iron Act worked. By 1776, there were about 80 iron mills in the Thirteen Colonies and were shipping, depending on which estimate you believe, between 20,000 and 30,000 tons of pig iron to England. This was about 2/3rds England’s needs.

From these humble beginnings, the behemoth that became the U.S. steel industry was borne. The sad part is that not too long ago, the U.S. was self-sufficient in steel production. Now, we import most of the steel we consume. The U.S. like the England of the 18th Century, is now dependent on foreign producers and as such, we change or write new laws to facilitate its importation.

Image is of a small stream with the red-orange water suggesting iron deposits.

Posted in Blog, Social and Economic and tagged 18th Century America was the source of English iron