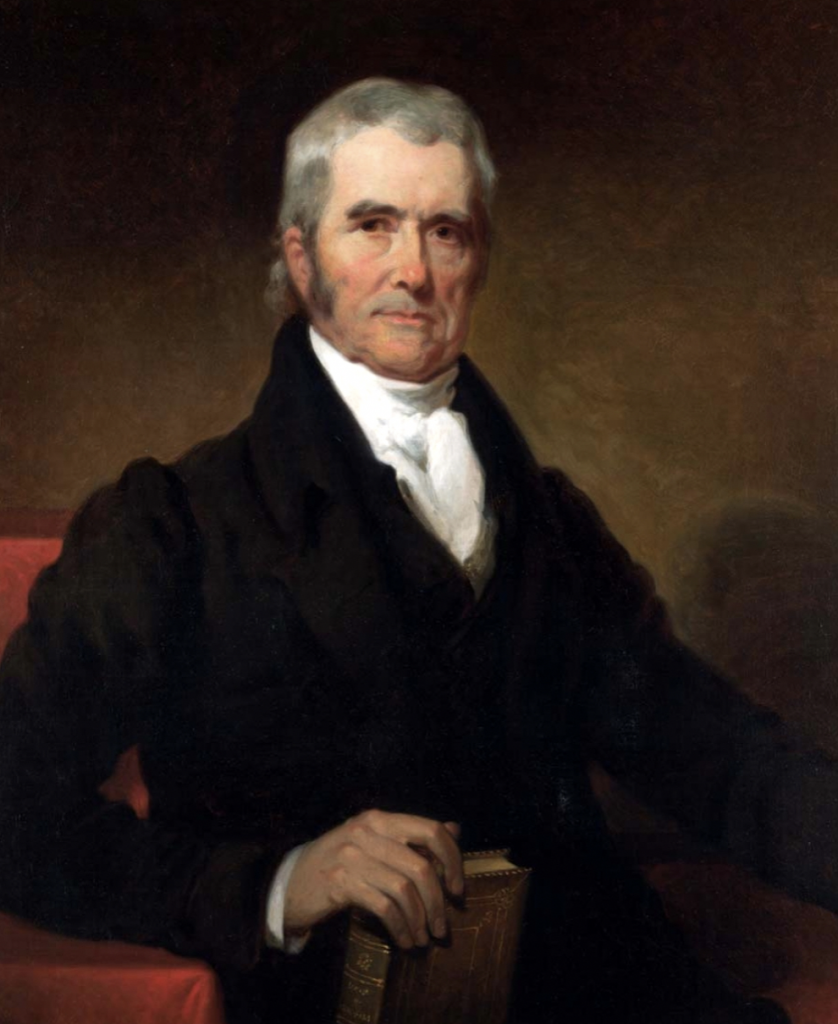 Today in the U.S., when the words “political parties” are mentioned, we think of the Republican and Democratic party. Neither were around in the years right after the American Revolution. The first political party was the Federalist Party and they had the majority in the Congress until 1800. It was founded in 1789.

The Federalists were led by John Adams, our first vice president, the country’s second president and Alexander Hamilton, the U.S. first Secretary of the Treasury. In terms of a “platform,” the Federalists favored growing the economy through international trade and believed England would be a better long term trading partner than France.

To protect our growing and modernizing economy, Federalists wanted tariffs on foreign goods, an effective navy to protect our interests abroad, and an army to protect our borders. On most issues, they believed in a strong Federal government over states’ rights and a stable monetary system. Federalists were supported by businessmen who saw Hamilton’s establishment of the Bank of the United States – the forerunner to the Federal Reserve system – as a means of ensuring that the U.S. economy would continue to grow.

Sort of sounds like the Republican Party of today, but not exactly. Most of the Federalist support was in the northern states which today, tend to be more liberal. Jefferson had his base in the agrarian south in his view as well as those of his supporters was that the Federalists were “monarchists” and “aristocrats.” He and his followers accused them of being a threat to the republic and the hard-won freedoms gained through the American Revolution.

In his eight years in office, Washington stood above the political fray but believed in the Federalist philosophy. John Adams is the only Federalist who was elected president. Although future presidents James Madison and John Quincy Adams began as Federalists, both switched to Jefferson’s Democratic Republicans.

When John Adams garnered the most votes in the electoral college, the man he beat – Thomas Jefferson – became the VP. As per the Constitution, the candidate with second largest number of electoral votes became the vice president. Jefferson spent much of his tenure as VP attempting to discredit Adams and push legislation through the Congress based on the Democratic-Republican ideals.

When Alexander Hamilton was killed by Aaron Burr, the Federalist party lost its leader and visionary. They would not win another national election and by the end of the War of 1812, the Federalist Party was a footnote to history.

However, in the last days of his presidency, Adams managed to push John Marshall’s appointment as Chief Justice of the Supreme Court through the Congress. Marshall would sit on the bench for 34 years and his apolitical tenure would have a long-lasting impact on U.S. law.

The first major decision of the Marshall court was Marbury vs. Madison. Marbury’s appointment as a judge had been approved by the Senate but he had not taken his “seat.” Jefferson disagreed and wanted to replace him with a Democratic-Republican.

By ruling in favor of Marbury, the Supreme Court established the principal of judicial review. In other words, the Supreme and Federal courts could review rulings of state courts or actions by the executive branch of the Federal government to ensure that they were constitutional. This was a core Federalist view.

Despite The Federalists’ failure to sustain itself as a political party, its legacy endures. One, Federal rights over states’ rights in those areas given to the Federal Government by the Constitution. Two, the need for a strong central banking system. And three, the Federal courts could review cases to ensure their constitutionality.

Image is Henry Inman 1832 portrait of John Marshall painted while Marshall was still the Chief Justice of the Supreme Court.

Posted in Blog, U.S. Politics and tagged Federalist Party left a legacy that endures to this very day