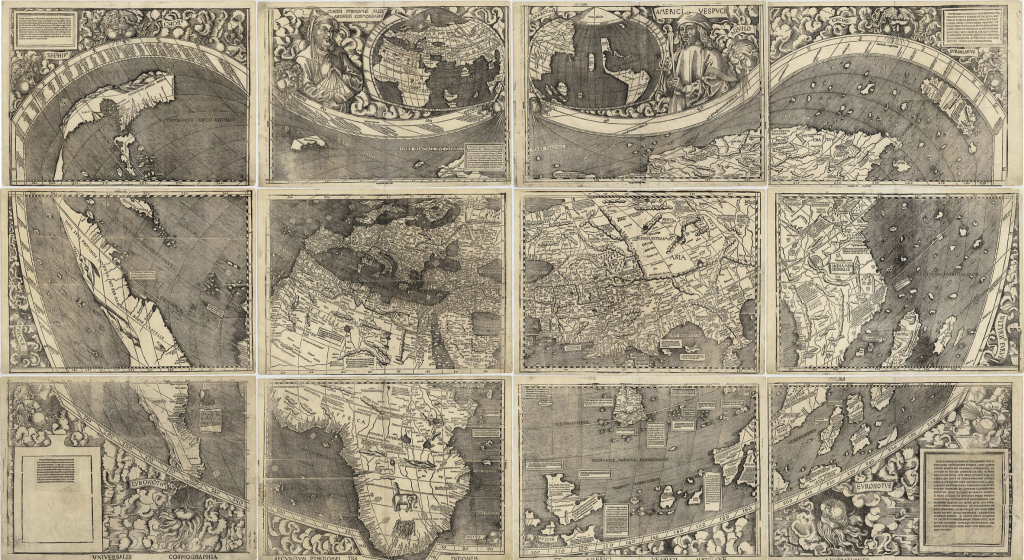 We are all taught that America, as in North and South America is named after the Italian explorer Amerigo Vespucci. He was born into a wealthy Florentine family and business brought him to Sevilla. In Spain, Vespucci became interested in the economic potential of what was then called the “New World.”

There is significant controversy amongst historians as to whether Vespucci made two or four voyages to the New World. What is not in doubt is the legacy he left behind through his letters, the writings of others as well as surviving official records.

Vespucci’s first voyage in 1499 came seven years after Columbus “discovered” America in 1492. Like the others of the time, his voyages were of great interest to cartographers and geographers who wanted to document the explorers’ findings.

In the early 16th Century, the sextant hadn’t been invented. The primary navigation instrument was the astrolabe or the quadrant which gave the user latitude, but not longitude. (See 8/14/2019 post – Sir Isaac Newton and the Sextant – https://marcliebman.com/sir-isaac-newton-and-the-sextant/).

Even when used by an expert, the quadrant wasn’t very accurate. Sightings within one degree (~60 miles) were considered good. Cartographers had to rely on logs, letters, and drawings to create charts, or what landlubbers call maps. Their sources often had gaps or were contradictory so the cartographer would fill in the blanks as he saw the world.

In 1503, Vespucci published a booklet about his first voyage to the New World for the King Ferdinand V of Spain. In 1505, Vespucci authored one about his second trip across the Atlantic, this one for the King Manuel I of Portugal. He also penned a letter in 1504 to Piero Soderini, a Florentine official.

The origins/veracity of the Soderini letter have been contested, but the booklets are considered genuine. All, however, came into the possession of two French cartographers – Matthias Ringmann and Martin Waldseemüller – in Saint-Die, France. The town is in eastern French Duchy of Lorraine, far away from any large body of water.

In 1507, the two Frenchmen published a chart of the world with the enormous title (and capitalization of the time) – Introduction to Cosmography With Certain Necessary Principles of Geometry and Astronomy To which are added The Four Voyages of Amerigo Vespucci A Representation of the Entire World, both in the Solid and Projected on the Plane, Including also lands which were Unknown to Ptolemy, and have been Recently Discovered.

The Ringmann/Waldseemüller chart was made from 12 sections using wood cut blocks that have amazing detail. Only 1,000 charts were printed. Today, only one original copy survives and it is housed in the U.S. Library of Congress.

In the introduction, Ringmann wrote in Latin, “I see no reason why anyone could properly disapprove of a name derived from that of Amerigo, the discoverer, a man of sagacious genius. A suitable form would be Amerige, meaning Land of Amerigo, or America, since Europe and Asia have received women’s names.”

Thus Ringmann named the Americas. Historians at the Library of Congress refer to this remarkable chart as “America’s Birth Certificate.”

Image is all twelve Universalis Cosmographia, Waldseemüller’s 1507 world map which was the first to show the Americas separate from Asia.